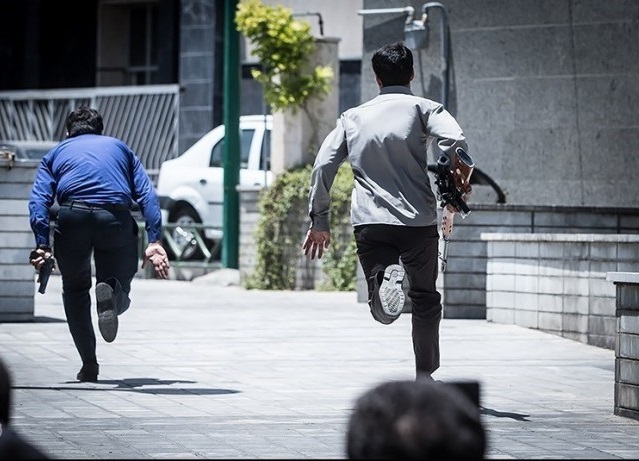 (The Guardian)- In targeting the Iranian parliament and the tomb of the Islamic Republic’s founder, Ayatollah Ruhollah Khomeini, the terrorists who went on a lethal rampage in Tehran on Wednesday chose the two most potent symbols of the 1979 revolution.

For ordinary Tehranis, comparatively safe in recent years from such outrages, the attacks are deeply shocking.

The apparently coordinated assaults have been blamed by Iran’s hardline Islamic Revolutionary Guard Corps (IRGC) on Saudi Arabia and, whatever the truth of the allegation, they are likely to have a big political impact far beyond Iran, stoking tensions with the US, Saudi Arabia and the Sunni Muslim monarchies of the Gulf.

Islamic State quickly claimed responsibility – if true, it would mean the militant group has finally succeeded in importing its divisive brand of random terror into the home of its principal Shia Muslim adversary.

The mausoleum where Khomeini was laid to rest almost exactly 28 years ago, on 6 June 1989, is an enormous complex dominating the skyline south of Tehran. Its cavernous halls are visited by tens of thousands of Iranians each year, who treat it as a shrine. Unlike the fortress-like Majlis (parliament) building in the centre of the city, security is light. That will change now.

For Iranians, the attack on Khomeini’s tomb is the equivalent of somebody trying to blow up the Lincoln Memorial in Washington DC. If the Isis claim of responsibility proves truthful, this will be the first time the group has successfully struck in the heart of Iran, although it has reportedly tried several times in the recent past.

Isis is at war, ideologically and militarily, with Iranian forces and allies in Syria and Iraq. In a video released in March, it vowed to “conquer Iran and restore it to the Sunni Muslim nation as it was before”. The jihadis claim that Iran’s clerical leaders, and their royal Persian predecessors, have persecuted Sunnis for centuries.
Advertisement

Isis has natural allies among militant groups in Iran’s restive south-eastern Sistan-Baluchistan province, which has a large Sunni population. In 2010, Sunni extremists linked to the Jundallah network killed 39 people at a mosque in the province. Minority Kurdish groups and ethnic Arabs also have a history of small-scale attacks in the north-west and south-west respectively.

Wednesday’s atrocities will be set against the backdrop of the anticipated collapse of Isis’s self-declared caliphate, as Iranian-backed Iraqi and Syrian army forces, plus US and British-backed Kurdish militias, close in on its Mosul and Raqqa strongholds.

In response to this pressure, Isis has called on its followers to take the fight to its enemies wherever they live. Recent terror attacks in Manchester, Kabul, Baghdad, Marawi in the southern Philippines and London may fit this emerging pattern of displaced activity by Isis followers.

Conservative Iranian leaders and commentators will certainly follow the IRGC’s lead and discern the hand of Saudi Arabia – and, by association, that of the US president, Donald Trump – in Wednesday’s attacks.

Well-documented covert efforts by George W Bush’s administration in the 2000s to destabilise Iran by funding militant internal opposition groups are not forgotten in Tehran. Nor is unofficial, on-off American support for the Mujahedin e-Khalq, or People’s Mujahadin of Iran, a group formerly backed by Saddam Hussein that was responsible for numerous armed attacks inside Iran.

The question now is whether Trump’s overt hostility is encouraging a repeat of past destabilisation efforts, directly or indirectly. Overturning the previous US president Barack Obama’s policy of limited engagement, Trump launched a blistering attack on Iran last month. Speaking during a visit to Riyadh, he demanded Iran’s international isolation, claiming Tehran was the world’s main exporter of “the fires of sectarian conflict and terror”.

His host, King Salman, accuses Iran of “spearheading global terrorism”. Egged on by Israel, Trump has threatened to tear up Obama’s landmark 2015 nuclear deal with Iran.

He trumpeted a big arms deal with the Saudis. And this week he threw his support behind Riyadh’s diplomatic and commercial ostracism of Qatar, which almost alone among Gulf Arab states has tried to keep on good terms with Iran. This has led regional politicians to warn of imminent war.

Iran’s leaders reject Trump’s accusations out of hand. They say Riyadh is Isis’s biggest inspiration and supporter, and point out that Iran and the US are on the same side fighting the jihadis in Iraq.

Unlike the autocratic Gulf regimes, Iran also has a quasi-democratic political system, with an elected parliament and president, that confounds the “sponsor of terrorism” image. This awkward fact seems to enrage Trump, the Saudis and Isis in equal measure.