The Mujahedeen-e Khalq terrorist group has claimed responsibility for the assassination of six members of Iranian Revolutionary Guard Corps in West Azerbaijan Province, in 1983.
According to Habilian Association database (Specialized Center of Research on the MKO's Crimes), the MKO terrorist group has made the confession in a news published in No. 151 of the Journal of Mujahid, the group’s main press organ during early years of the 80s.
According to the confession, on May 05, 1983, a unit of MKO’s Peshmarge along with agents of the Kurdistan Democratic Party, in an ambush-style attack, assassinated 3 members of the Islamic Revolutionary Guard Corps. The news adds that during the attack, three other IRGC forces were injured.
Ambush-style attacks were among the common techniques of terror practiced by the MKO during the early years of the 80s.
From the beginning of its establishment in first days of the revolution, Army of the Guardians of the Islamic Revolution has been responsible for establishing security and fighting with subversive and terrorist groups in the western provinces of Iran. Mojahedin-e Khalq Organization (MKO) was one of those groups that in coalition with local terrorist groups and using mercenary units known as Peshmerga, was attempting to sabotage and terrorist operations during the early years of the 80s. 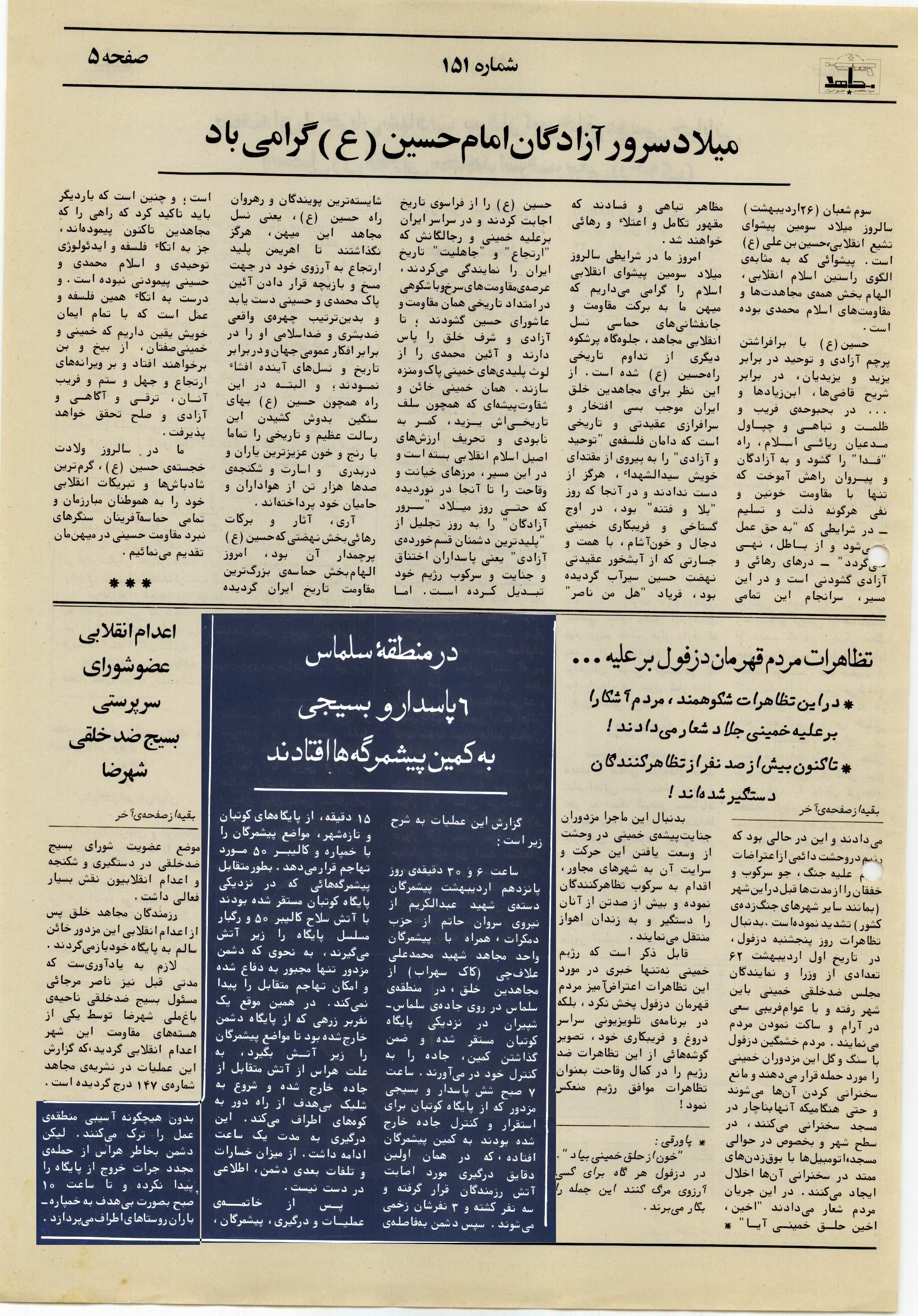