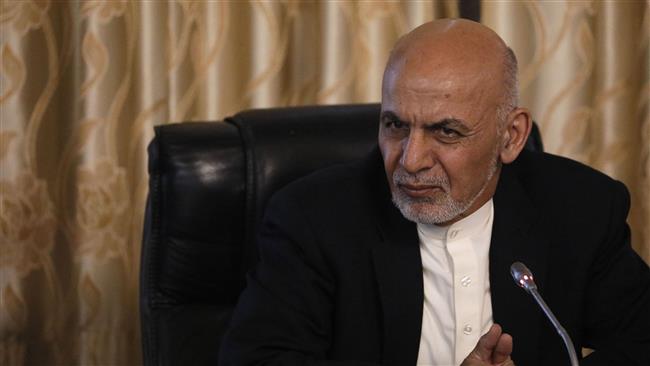 (PressTV)- Afghanistan’s President Ashraf Ghani has announced the death of the Daesh terrorist group’s leader in the country during a joint raid with the US.

On Sunday, Ghani said that Abdul Hasib was killed during a joint operation by 40 Afghan commandos and 50 US special forces last Thursday in the country’s eastern province of Nangarhar.
The compound where Hasib was holed up is close to the location where US dropped the “Mother of All Bombs” on a Daesh tunnel system on April 13.
The operations came one week after a failed attempt to kill the Daesh commander in which two US army rangers were killed.

Hasib took control of the Daesh Afghan affiliate ISIL-Khorasan about one year ago, when his predecessor Hafiz Saeed Khan was slain by a US drone attack.
Earlier in the week, former Afghan president Hamid Karzai claimed that the US is responsible for the rise of Daesh in his homeland, saying Washington is in cahoots with the notorious terrorist group it has created.
Daesh is suspected of carrying out several attacks against Shias in Afghanistan. According to the US intelligence, the Takfiri terrorist group is mostly active in Nangarhar and its neighboring Kunar province. There are thought to be between 700 to 1,500 Daesh members operating in the country.

Afghanistan is still suffering from insecurity and violence years after the United States and its allies invaded the country as part of Washington’s so-called war on terror. The military invasion removed the Taliban from power, but their militancy continues to this day.