The Mujahedeen e-Khalq terrorist group has claimed responsibility for the assassination of a Command Council member of Tehran's IRGC in 1983.
According to Habilian Association database (Specialized Center of Research on the MKO's Crimes), the MKO terrorist group has made the confession in No. 149 of the Journal of Mujahid, the group’s main press organ during early years of the 80s.
According to this news that the MKO’s publication has referred to it as a document for its bravely operations, on April 07, 1983, a captured member of the MeK named Bijan Moradkhani, who was transferred from Mashhad to Tehran by a car belonging to the IRGC for Judicial proceedings, kills himself and three other passengers through a suicide operation. According to the news, one of the passengers was Abolhasan Mousavi Khorshidi, a Command Council member of Tehran's IRGC in 1983. 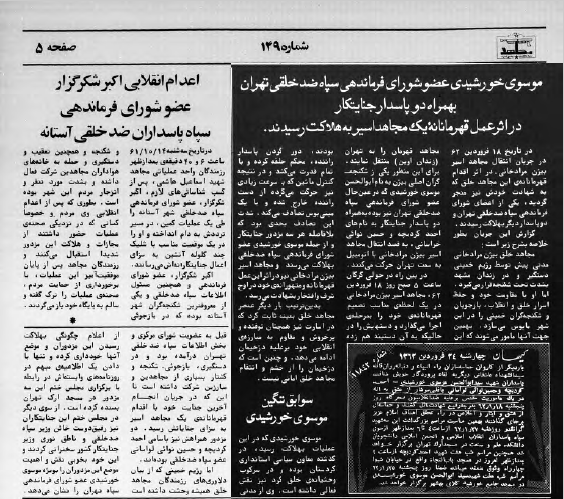