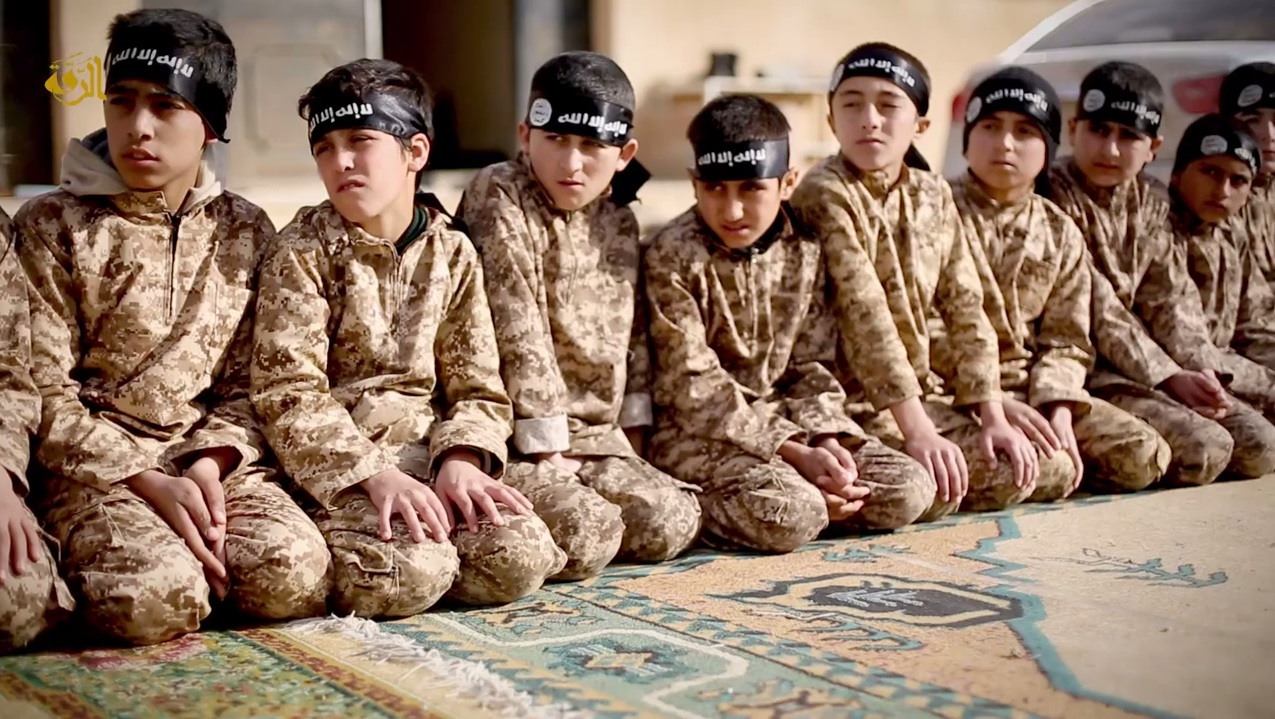 Children are the most helpless victims of violence which is the main course in most of the cults. Children, in these cults, have to separate from their parents, go under obligatory trainings as well as hard work and brainwashing.

Most of these children experience sexual harassment, exploitation, and human rights violations during their time in such cults. In the best case scenario, the children in groups with extremist and terrorist ideology will become abnormal violent adults who are potentially capable of conducting any kind of violence in the society; worst case scenario, they become suicide bombers who take the lives of other along with theirs. In addition, it should be noted that their obedience of an illegal or a lawless person, or ideology, is itself a threat for law-abiding societies.

Last week, a seven year old Syrian girl detonated her explosive belt in a police center in Al-Maydan area in Damascus, which led to the death of this innocent girl and injury of some others. Her parents were the members of different terrorist groups including Jabhat al-Nusrah, ISIS and Ahrar Al-Sham.
The case of this girl led to the highlighting of children abuse by terrorist groups. In fact, misuse of children by terrorist groups in Syria and Iraq is not something new. This kind of approach towards children has always been part of the cults.

Studying the cults in the West reveal several cases of child abuse during 1970s to 1990s in such groups.

Black Hebrew Judah House in Michigan, Ecclesia Athletic Association, Alamo Christian Church, and Peoples Temple (JonesTown) are the examples of groups which have misused children, misbehaved them and even massacred them.

The history of cults’ misuse of children in the western Asia returns back to an era before the emergence of extremist and terrorist groups like ISIS and its sympathizers. Terrorist group of Mujahideen-e Khalq Organization (MKO) could be considered a fully developed cult of this kind which is far ahead of all other groups in the region when it comes to misusing children.

From the time they are born, children in MKO experience cruelty, oppression and exploitation with respect to the activities of their parents. Losing one of the parents or both of them, they become the children of other parents. Exploitation and oppression of children and their families in Rajavi’s cult are much more apparent during the years pertaining to the Ideological Revolution.

The first phase of the ideological revolution in the MKO was announced by its leader in 1986. In this phase, Masoud Rajavi forced one of the high-ranking officials of the group to divorce his wife so as to be able to marry her!

In the next phase of this revolution, upon the end of Iran-Iraq war and the failure of group, all married couples in group were forced to divorce and a year later, their children (around 800) were separated from their parents and transferred to Europe in order to grow under the supervision of the cult.

Rajavi, facing dissatisfaction of parents over separation from their children, sent their kids to Baghdad- which was being heavily bombed by US-led Coalition those days- in order to force the parents, who saw their kids in danger, express their consent for transferring the children to Europe.

These children, between 2 months old to 15 year old, were taken to MKO’s bases in Europe and some of them were adopted by MKO sympathizers so as to play the role of a connection between the group and its followers. Under heavy mental pressure, the children passed ideological and organizational trainings. According to many of the ex-members of Rajavi’s cult, the children were in fact hostages whom helped the group secure the parents’ faithfulness. It should also be noted that the group was trying to train a generation of faithful and young soldiers.

In her article “the Cult of Rajavi”, Elizabeth Rubin quotes Nadereh Afashari ex-member of group as follows:
“'Every morning and night, the kids, beginning as young as 1 and 2, had to stand before a poster of Massoud and Maryam, salute them and shout praises to them. The Rajavis saw these kids as the next generation's soldiers. They wanted to brainwash them and control them.”

Wearing military uniform, singing military songs and undergoing courses based on ideological trainings of the MKO were all parts of the efforts by the group to misuse the children.

Apart from the child abuse in the western Asia, terrorist Takfiri groups exist whose behavior towards the children is similar to that of MKO; of course, this behavior is not exclusively performed by the ISIS but the number of abuses by ISIS is so high to make it the top of list among all other groups.

Kidnapping and separating children from their families, brainwashing and ideological trainings, difficult military training, preparation for suicide operation, shooting targets and beheading captives by these kids are all parts of the plan by extremist terrorist groups for misusing the children.

Syrian human rights committee reported in 2014 that around 800 children (under the age of 18) had passed military trainings by the ISIS. It should be noted that ISIS, like the MKO, tries to create exclusive entertainment atmosphere for the children so as to keep them satisfied and prevent them from even thinking of leaving the group.
According to a report by West Point anti-Terrorism Center, between 2015 and 2016, ninety children (aged between 12 to 16) from the ISIS were killed in the battles.  Furthermore, in 2015 militant children in the ISIS had tripled compared to previous year. Nine hundred children (5 to 15) were kidnapped during 2015 from Mosul and had undergone military and ideological trainings by ISIS.

Similar approaches and behaviors by terrorist groups, including the MKO and ISIS, in misusing the children highlight the commonalities of such groups and at the same time, set off the alarm about the critical situation of children in the regions controlled by terrorists.

Using these children as baits, and for the advancement of political-military objectives, brainwashing them, preparing them to become obedient soldiers, improper and inadequate education, poor care, misconducts with respect to mental and emotional behaviors, growing a violent generation, are all threats that rise from the criminal activities of the cults towards children.