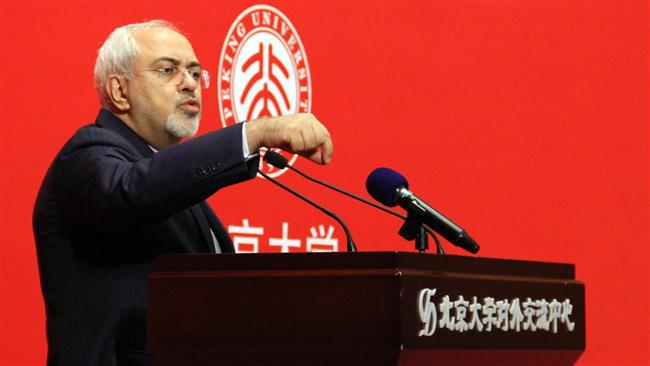 Iran's foreign minister said the blame game between the West and the East does nothing to eradicate the "twin problems of terrorism and extremism", calling for genuine global cooperation to confront the "cancerous phenomena".

Mohammad Javad Zarif made the statements in an essay titled "How to Handle the Enabling Conditions for Extremism and Terrorism", published in the Iranian Review of Foreign Affairs' biannual political analysis publication, Press TV reported.

Zarif emphasized the need for the international community to get rid of terrorism and extremism "as effectively as possible", saying the two challenges "are neither confined to any part of the world [and] exclusive to one religion, nor can they be combated on a regional basis and then only through heavy reliance on military hardware".

"It is easy for us in West Asia to blame the West as the ultimate culprit in our problems … Simultaneously, it has been even more convenient for the West to blame us—Muslims in the West Asia region—irrespective of our divergence, disagreements and even disputes and conflicts."

Zarif wrote, "Finger-pointing in both directions, and within the region, is perhaps the easiest diversion for everybody. But this is neither accurate nor helpful, as our world has become far more complicated than ever before." Another refutable approach, Zarif said, was the adoption of "myopic views of a complex situation" and "shortsighted self-serving policies".

As an example, Zarif pointed to statements by the national security advisor of a major regional state who has said "extremists and the Syrian forces will destroy each other on the battlefields of Syria".

"Simplistic scenarios" such as assuming that there was a "direct relationship" between dictatorship and extremism, and that "democracies do not fight each other" formed a third myth, which had to be avoided toward tackling terror at its root, Zarif said.

"While there is some truth to it, the actual situation we face today is more complex than the statement would indicate and defies convenient explanations."

The foreign minister also called for "honest soul-searching" on the part of all members of the international community toward eliminating the reasons behind the rise in extremist inclinations among youths in every society. Some of the root causes are "marginalization, disenfranchisement and disrespect" facing minorities, he added.

Another highlight in the piece was the reassertion that the excommunicative approach adopted by "takfiri groups" had "nothing to do with the genuine, original message of Islam as reflected in the Book and in the Prophet's [PBUH] tradition".

Zarif finally called on all parties to perceive terrorism and extremism as "as a common predicament … not one confined to a certain region, race, religion or sect".