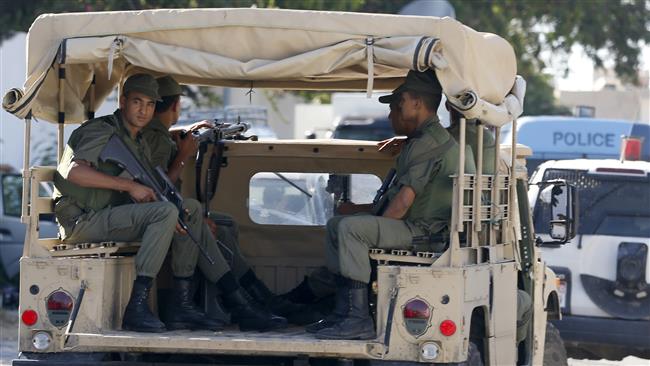 The Tunisian army has hunted down and shot dead a leader of a militant group affiliated with the Daesh Takfiri terrorists that killed a soldier at his home in central Tunisia.

"After giving chase to an armed group on the night of November 8 in the Mount Salloum area, military units gunned down the terrorist Talal Saidi," a leader of the Jund al-Khilafa group, on Mount Mghilla, the Tunisian Defense Ministry said on Wednesday.

On November 5, militants killed the soldier at his home in the central region, which is a major hideout for the Takfiri terrorists. A day later, Daesh claimed responsibility for the killing.

The ministry said Saidi was from the restive region of Sidi Bouzid, adding that he was the leader of the group that killed the soldier.

Tunisia has experienced violence since the 2011 uprising that ousted the country’s dictator Zine El Abidine Ben Ali, who was in power for over two decades.

The country has also been affected by the growing instability in neighboring Libya, which has been in chaos since former dictator Muammar Gaddafi was toppled and later killed in 2011.

Since November 2015, Tunisia has been in a state of emergency in the wake of deadly attacks on the Bardo National Museum in Tunis and a seaside resort in Sousse, which were claimed by Daesh.