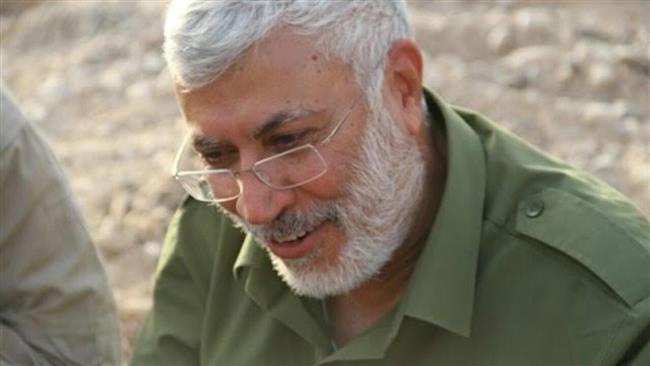 Saudi Arabia is the “mother of all terrorism,” says the second-in-command of the Iraq’s Popular Mobilization Units, Abu Mahdi al-Mohandes.

Mohandes made the remarks during an interview with the al-Alam television network on Saturday.

He stressed that both the Daesh and al-Qaeda terrorist groups are the product of Saudi Arabia, and that Daesh's psychological and media campaign is partially funded from Riyadh.

Mohandes noted that the operations to free Mosul from the Takfiri terrorists will take some time as the militants are receiving intelligence from several external sources, mainly the US.

He went on to praise Iran’s support for Iraq’s battle against terrorism, stressing that if Baghdad had not called for Tehran’s assistance, the Iraqi army would never have reached Mosul.

He also noted that the Hashd al-Shaabi forces, also known as the Popular Mobilization Units, will move on towards Tal Afar after Mosul is cleared of Daesh militants.

He stressed that the units’ goal is not just to push back Daesh militants, but to destroy them.

Meanwhile, as Iraqi forces push on with operations to liberate Mosul, five high-ranking Daesh commanders have looted the terrorist group’s treasury and fled towards Syria.

The robbers, including Daesh’s treasury official Abu al-Bara al-Qahtani and several other terrorists, have taken millions of dollars.

The terrorists have launched a manhunt to reclaim the stolen money and arrest and execute the escapees.

Heavy fighting is underway in eastern Mosul as Daesh tries to hinder Iraqi forces advance in the city. The militants are using car bombs, mortar fire, and snipers to stop the government troops.

A separate group of troops are advancing on the city’s northern side and have reached just within four kilometers of Mosul’s airport.

Iraqi forces have also attacked Daesh-held positions in the town of Hamam al-Alil which is located along the Tigris River some 15 kilometers south of Mosul.

Iraqi army troops, backed by Hashd al-Shaabi and Kurdish Peshmerga forces, are closing in on Mosul, Daesh’s last stronghold in Iraq, from almost all directions in a full-scale operation launched on October 17.

Iraqi troops managed to enter Mosul’s limits earlier in the week for the first time since June 2014, when the city fell to Daesh amid a large-scale terror campaign in northern and western Iraq. So far, a large number of the villages and districts around the city have been purged of the terrorists. Iraqi Prime Minister Haider al-Abadi has vowed that the country’s second largest city will be fully recaptured by year-end.