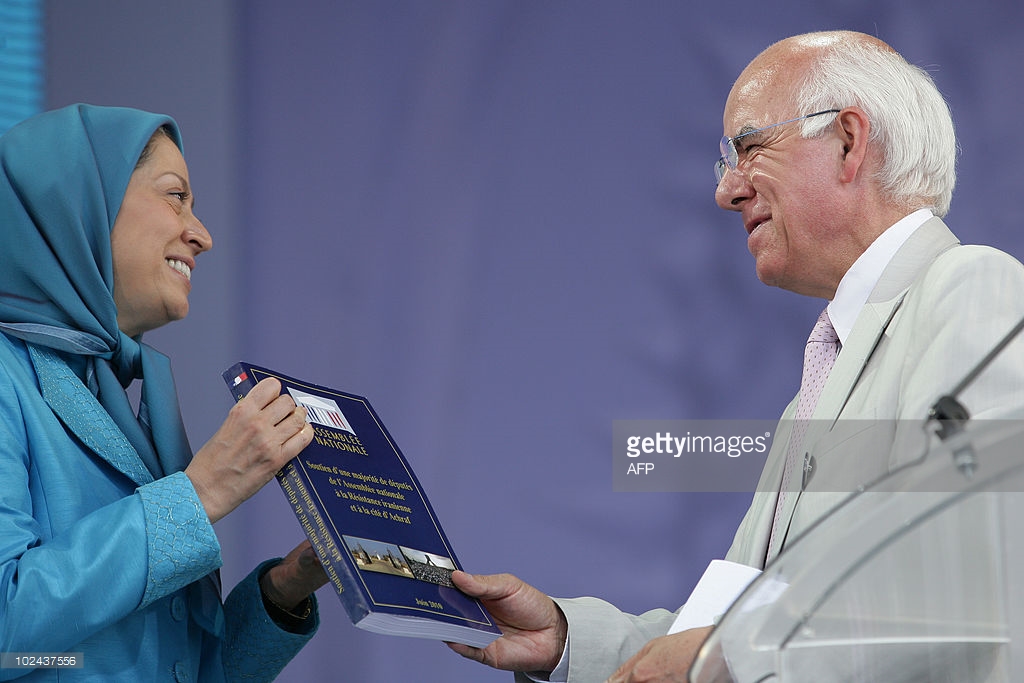 Jean-Pierre Brard, (born 7 February 1948 in Flers, Orne), is a French politician. Initially a teacher, he entered politics and was elected deputy mayor of Montreuil, a post he held until 1984, when he was elected mayor of the same city. He remained mayor until March 2008 .Brard joined the French Communist Party in 1956, the year of Budapest tanks, which should invite him to play it down on religious matters. He is a member of the Convention for a Progressive Alternative (CAP) and the Parliamentary Office for evaluation of scientific and technological options.

Brard has also been vice-president of the investigating committee on cults in the French National Assembly since 1988. His commitment to the fight against sects causes him to be particularly controversial - he has been sued by religious and sectarian movements. JP Brard, whose statements are usually extremist, has been convicted of slander against religious groups several times in court. Brard has also been in the spotlight for his virulent opposition to the HADOPI law.

Denouncing Patrick Pelloux
On August 4, 2004, in an open letter to the press, Brard attacked Patrick Pelloux, president of the Association of Emergency Room Doctors of France, for his supposed close ties to Jehovah's Witnesses, citing his supposed participation in a medical symposium connected to the religious group. Pelloux filed a complaint for defamation, noting that his support of vaccinations and blood transfusions was in contrast to the beliefs of Jehovah's Witnesses. Pelloux eventually withdrew the complaint.

Jehovah's Witnesses Sue Brard for Defamation
On September 29, 2009, the Court of Cassation affirmed the lower court finding that Pierre Brard, Deputy of Montreuil and member of the MIVILUDES, had defamed Jehovah's Witnesses when he said the group operates like an international crime ring. The court fined him one euro as symbolic damages.

Objecting to Cross Display at Council MeetingEdit
At a council meeting held in Bobigny on November 8 2006, Brard cut the microphone of Alderman Patricia Vayssiere, claiming that her wearing a cross was an ostentatious religious display that violated principles of secularism. Brard was found guilty of religious discrimination, and fined 1500 Euros, plus 2000 Euros in court costs and 5000 Euros in damages.

Denouncing Sarkozy
After the meeting occurred 30 August 2004 between Nicolas Sarkozy, then French Minister of Economy and Finance, and US actor Tom Cruise, known for its proximity to Scientology, Brard criticized the minister, calling the meeting a “serious fault”. JP Brard added: “By analogy, one might wonder if the minister would receive a member of an international network of drug trafficking or pimping, saying" there was no mention of drugs or prostitution.”

Supporting a terrorist cult
Brard has made these anti-cultic remarks while he has been among foremost supporters of a notorious cult named the Mojahedin-e Khalq Organization (MKO). the MKO is a kind of cult, according to the FBI, Human Rights Watch, the Rand Corporation, and just about every other organization which has investigated the group. It is precisely the kind of organization that should not testify about Islamic extremism.

A 2009 RAND Corporation study (“The Mujahedin-e Khalq in Iraq: A Policy Conundrum,”) found that up to 70 percent of the group’s members there might have been held against their will.  Jeremiah Goulka, author of the RAND report, told MintPress, “At the MKO camps, there’s a whole set of practices that are all textbook out of cult theory – sleep deprivation, make-work projects… forced celibacy, forced divorce, [and] gender segregation.”

Elizabeth Rubin, a contributor to The New York Times Magazine, who had a visit from Camp Ashraf, MeK’s former base in Iraq, in April 2003, describes her observations form the cultish features of the camp:
At Camp Ashraf, 40 miles north of Baghdad, near the Iranian border, 3,400 members of the militant group reside in total isolation on a 14-square-mile tract of harsh desert land. Access to the Internet, phones and information about the outside world is prohibited. Posters of Ms. Rajavi and her smiling green eyes abound. Meanwhile, she lives in luxury in France; her husband has remained in hiding since the United States occupied Iraq in 2003....
When I arrived at Camp Ashraf, I thought I’d entered a fictional world of female worker bees. Everywhere I saw women dressed exactly alike, in khaki uniforms and mud-colored head scarves, driving back and forth in white pickup trucks, staring ahead in a daze as if they were working at a factory in Maoist China. I met dozens of young women buried in the mouths of tanks, busily tinkering with the engines. One by one, the girls bounded up to me and my two minders to recite their transformations from human beings to acolytes of Ms. Rajavi. One said she had been suicidal in Iran until she found Ms. Rajavi on the Internet….

The Mujahedeen is a family affair. (''We have three generations of martyrs: grandmothers, mothers, daughters.'') Most of the girls I was meeting had grown up in Mujahedeen schools in Ashraf, where they lived separated from their parents. Family visits were allowed on Thursday nights and Fridays. When Iraq invaded Kuwait, many of these girls were transported to Jordan and then smuggled to various countries -- Germany, France, Canada, Denmark, England, the United States -- where they were raised by guardians who were usually Mujahedeen supporters. When they were 18 or 19, many of them decided to come back to Iraq and fill the ranks of the youngest Mujahedeen generation. Though ''decided'' is probably not the right word, since from the day they were born, these girls and boys were not taught to think for themselves but to blindly follow their leaders.

Masoud Banisadr, a former member of the MKO, who had served as the group’s representative to the United Nations and the U.S., confirmed that the organization is a cult:
There was a charismatic leader, Rajavi. There was a black-and-white world view imposed; followers cutting themselves off from family; followers losing their personality. There was mind manipulation. At Camp Ashraf in Iraq there were talks lasting for days on end. I remember one task where we had to write down our old personality in one column on a board, and the new personality in a different column. I remember a guy who said, “My brother works in the Iranian embassy in London. Before I loved him as my brother, now I hate him as my enemy. I am ready to kill him tomorrow, if necessary.” And everyone applauded.

The French government should answer to this question that how it allows psychotic persons like Brard to participate in the body of government? The persons who on the one hand attack religious rituals such as crosses and the Islamic dress, and introduce it as sectarian activities and a threat to national unity of the country, and on the other hand support for a notorious group that according to the Western institutions’ admit, is a cult with black record of terrorist acts. Do the French authorities have forgotten self-immolation of Rajavi cult’s members in front of French embassies in 2003 which was occurred by the order of the cult’s leader, or they want to close their eyes on these facts?