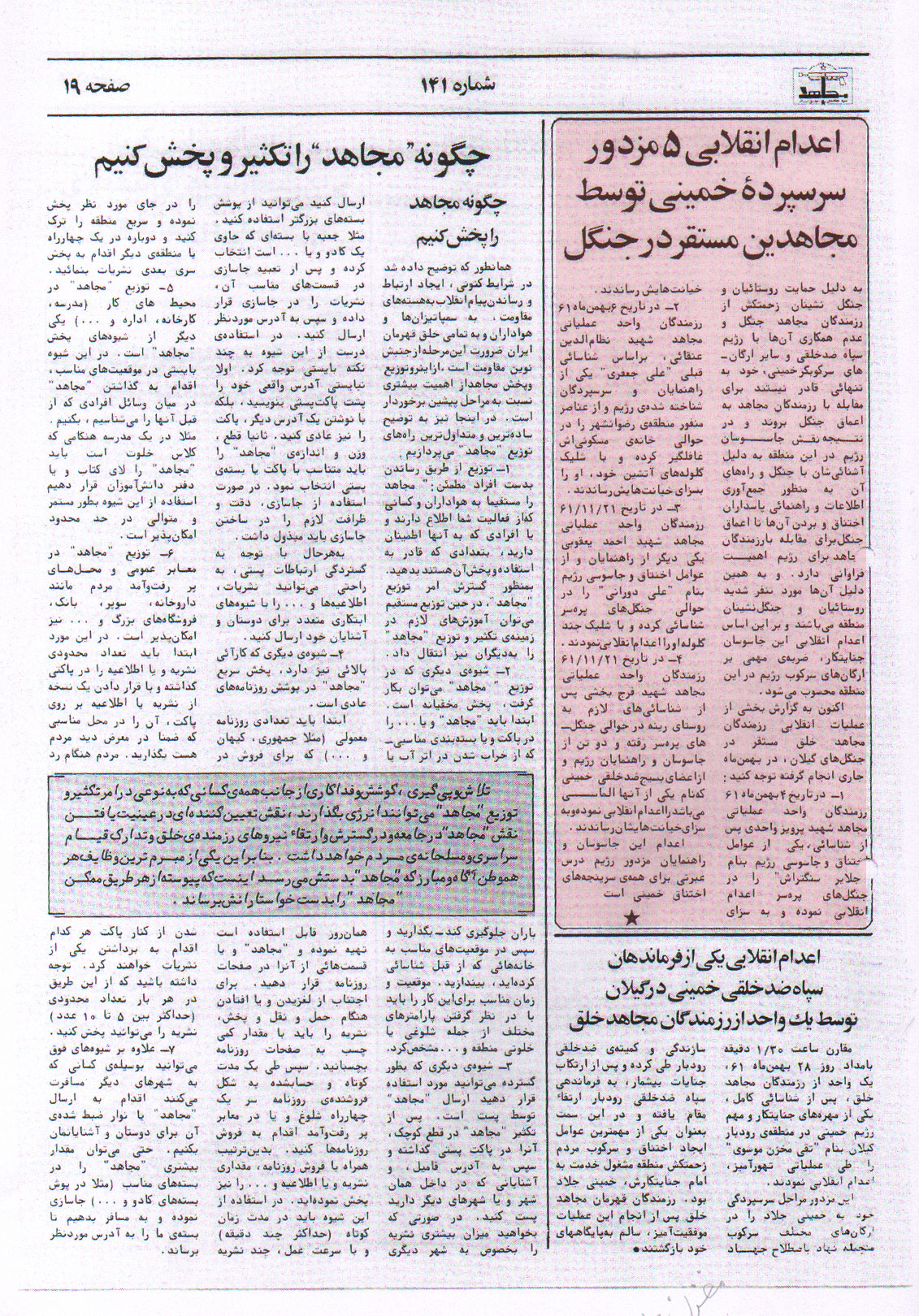 The Mujahedeen e-Khalq terrorist group has claimed responsibility for the assassination of five citizens in forests of Gilan in January and February 1983.

According to Habilian Association database (Specialized Center of Research on the MKO's Crimes), the MKO terrorist group has made the confession in No. 141 of the Mujahid Journal, the group’s main press organ during early years of the 80s.

According to this news that the MKO’s publication has referred to it as a document for its bravely operations, the group has assassinated five people named Jalayer Sangtarash, Ali Jafari, Ali Dorani, Almasi and a person a person whose name has not been mentioned, in Gilan’s forests January and February 1983.

It should be mentioned that the group’s journal has not mentioned any governmental affiliation for the victims and just has accused them of being ‘assistants and spies of the regime’.