The decision on the deployment of Russian bombers to Iran in order to fight terrorist groups in Syria is an important event in terms of improving the security situation in the region, experts argue. 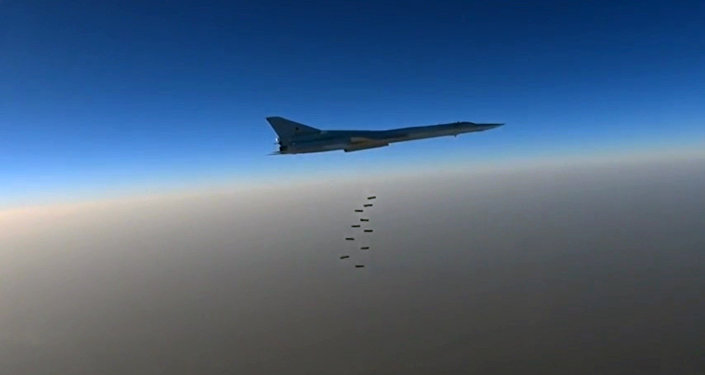 Although the decision is unlikely to lead to radical changes in the near future, the airstrikes from the Iranian base of Hamadan could contribute to a more efficient fight against terrorism.

Russia's Ministry of Defense confirmed Tuesday that it had deployed Tu-22M3 bombers and Su-34 strike fighters in Iran and these have already carried out airstrikes against terrorists in Syria.

Many experts believe that the usage of Iran's Hamadan airbase located at a distance of less than one thousand kilometers from the Syrian border would significantly reduce the time during which the Russian aircraft will approach the targets.

"The deployment of our long-range bombers at the Hamadan airbase will shorten the distance […] by twice. This, in turn, will enable a larger bomb load, reduce response time to arising problems, as well as decrease fuel consumption and the general tear of the aircraft," Russian political expert Victor Murakhovsky said.

For his turn, the chief editor of "National Defense" magazine Igor Korotchenko said that the agreement between Moscow and Tehran demonstrates Iran's resolute attitude toward the fight against Islamic extremism in the region.

"Taking a fully responsible stance toward the fight against international terrorism, Iran provided an opportunity for the deployment of Russian military aircraft what demonstrates the strong commitment of the Iranian leadership to finally defeating Daesh," Korotchenko stated.

At the same time, senior fellow at the Center for Arab and Islamic Studies of the Institute of Oriental Studies, Boris Dolgov views the agreement between Russia and Iran as an important event in the Middle East.

"Airstrikes by Russian bombers will be to some extent more efficient. First, of course, they will contribute to the suppression of Daesh, and secondly, such a powerful support in the fight against radical Islam could contribute the stabilization of the situation in the region," Dolgov said.