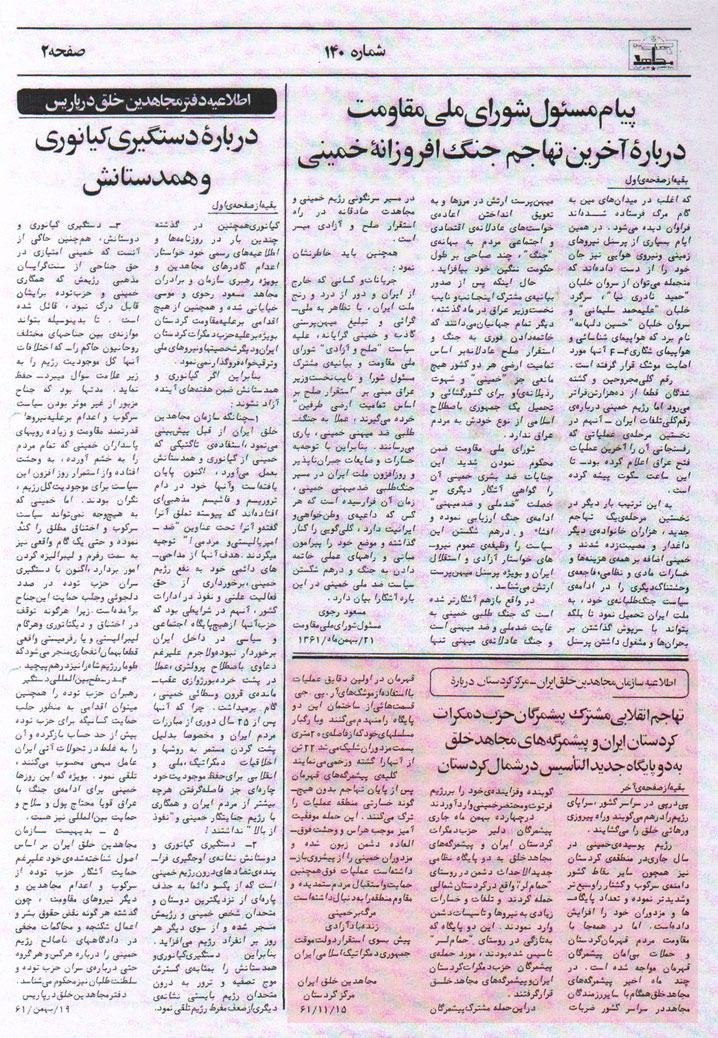 The Mujahedeen-e Khalq terrorist group has claimed responsibility for invading a border post and killing and wounding 22 members of Iranian Revolutionary Guard Corps in the North of Iranian Kurdistan, in 1983.

According to Habilian Association database (Specialized Center of Research on the MKO's Crimes), the MKO terrorist group has made the confession in a news published in No. 140 of the Journal of Mujahid, the group’s main press organ during early years of the 80s.

According to the confession, on February 03, 1983, a group of MKO’s Peshmerga along with units of Kurdistan Democratic Party’s Peshmerga, invade two border post in Hamam Lor, a village in the North of Iranian Kurdistan and destroy it by using of RPG-7 weapons. The news stated that as a result of that attack, 22 members of Iranian Revolutionary Guards were killed.