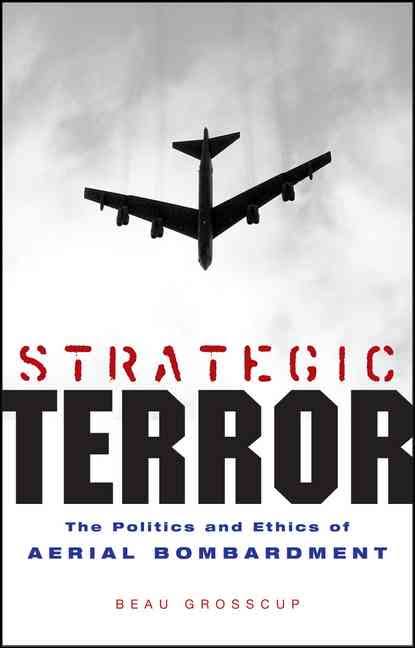 The New York Times lead headline today reads: “EgyptAir Jet Crashed After Erratic Turns, Officials Say” — with the subhead: “France’s president said ‘no hypothesis was being ruled out,’ including terrorism.”

BEAU GROSSCUP, bgrosscup at csuchico.edu
Grosscup is author of several books including The Newest Explosions of Terrorism and, most recently, Strategic Terror: The Politics and Ethics of Aerial Bombardment.

He argues that, regardless of the causes of the EgyptAir crash, there are a series of problems and hypocrisies that lead to a totally skewed discussion of terrorism.

He said today: “The regular assumption that Iran is the major sponsor of state terrorism shows that the U.S. and its Western allies ‘own’ (i.e. have the power to give meaning to and enforce that meaning) the word terrorism. This has been expressed and unchallenged at at least one of the Democratic Party debates (and throughout the Republican debates).” Grosscup noted this is particularly ironic, since Iran has been totally opposed to the so-called Islamic State.

“For decades they have constructed a politically correct discourse where U.S. leaders in particular determine who the terrorists and freedom fighters are and enforce that distinction in public debate and public policy. Despite GOP complaints of ‘political correctness run amuck,’ the most politically incorrect thing one can do is assert the U.S. is or has ever been a terrorist state. The current epitome of political correctness is that the major perpetrators of wholesale Middle East violence (U.S. and its principal Middle East allies, Israel and Saudi Arabia) are never to be linked to the terrorism scourge.

“The strength of this enforced consensus is clear in Hillary Clinton’s assertion (again unchallenged by Senator Sanders or any GOP candidates) that it is Iran that is de-stabilizing the Middle East. This politically enforced claim disregards the horrendous material/ecological devastation and civilian suffering the U.S.-led war machine’s ‘regime change’ policy has caused on its way to destabilizing Afghanistan, Iraq, Libya, Lebanon, the Palestinian Occupied Territories and Syria (with threats that Iran is next). It ignores the intentional use of wholesale weapons of terror, principally strategic bombing, drones, chemicals, cluster bombs, etc. That they do so with impunity is further evidence of a U.S. monopolized terrorism discourse to serve its own political ends.

“The U.S. can ‘Shock and Awe’ (bomb major cities), ‘double tap’ (intentionally hit rescue teams with a second missile after its first attack killed and wounded civilians), or abandon its policy to not bomb combat areas if there’s a near certainty of harming civilians, yet the word terrorism is never invoked. Israel can apply it’s Dahya Doctrine that justifies the wholesale destruction of civilian infrastructure (as in Lebanon and the Occupied Territories), employing disproportionate force, use white phosphorus on Palestinian civilians or assassinate Iranian nuclear scientists inside Iran, yet it is Palestinians and Iranians who are called terrorists.

“Saudi Arabia can ‘Shock and Awe’ Yemen, killing civilians by the score, give material and financial support to U.S.-designated Sunni terrorists (Saudi freedom fighters) including ISIS and Al Qaeda, yet never be labeled a terrorist state. The U.S., which supplies and re-supplies Saudi Arabia’s and Israel’s ‘Shock and Awe’ arsenals is never designated a state sponsor of terrorism in either political or media discourse. To the millions on the ground — whom the U.S.- designated (enforced) ‘freedom fighters’ are bombing back to the stone age — the absurdity of it all is painfully clear. It is they who understand that when President George W. Bush said, ‘Either you are with us or you are with the terrorists,’ know what he really meant was, ‘Either you are with our terrorists or theirs.’ It is a reality that is enforced as ‘politically incorrect’ for the rest of us.”