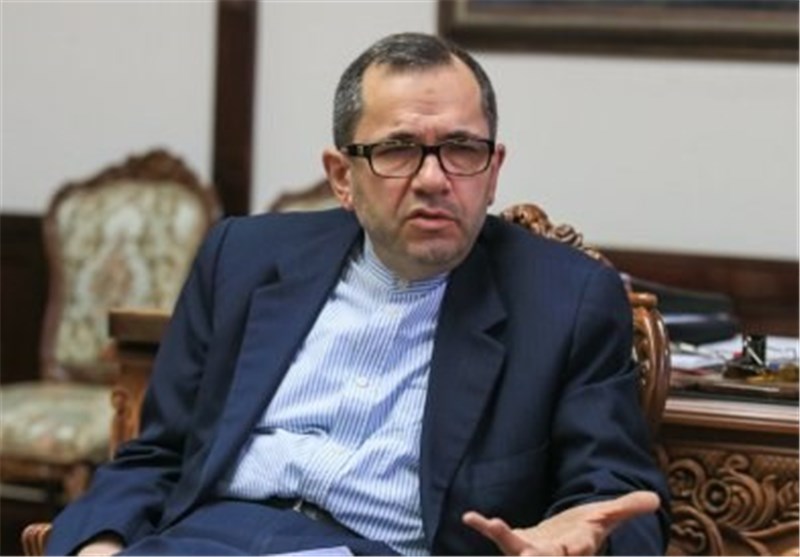 Markus Ederer is visiting Tehran and was received by Majid Takht Ravanchi, Deputy-FM for European and American Affairs on Tuesday.

Deputy-FM welcomed improvements in bilateral ties which he described as long-standing and constructive. He also provided a review of important regional and international developments as well as the latest situation in Iran-Germany economic, cultural, and political ties with German official.

Takht Ravanchi called for seriousness in implementation of commitments provisioned in the JCPOA for six powers in a situation where Iran had been committed to its obligations, especially easing restrictions on banking and financial transactions, a field Iranian businessman had been expecting early improvements and where the government also was eager to see the impact of removal of sanctions as concrete measures.

He believed fighting terrorism was a proper ground Iran and Germany would constructively work; “we believe Germany should play more active and effective role in fighting extremism and peaceful solution of the crises in the Middle East,” Takht Ravanchi told German official.

Mr. Ederer, for his part, believed that Iran and Germany should boost relations especially in trade; “German firms welcome investments in Iran and participation in Iranian economic projects; improving economic ties constitutes an important priority for us along with culture, where both sides should work to better the latest situation,” he added.

Aderer also voiced his fellow government’s willingness to work with Iran on Afghanistan and in bringing peaceful solutions to the crises in the region.