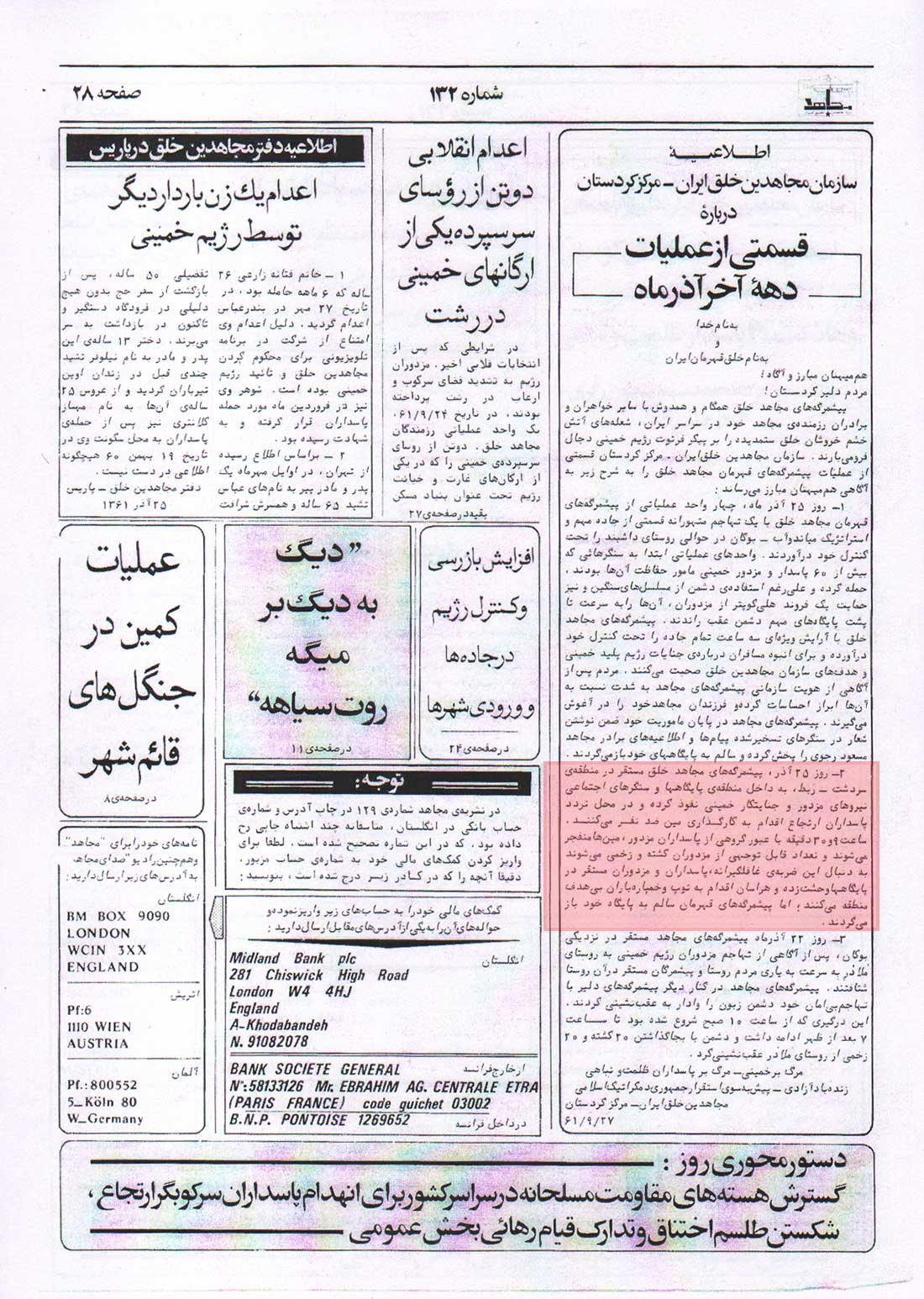 The Mujahedeen-e Khalq terrorist group has claimed responsibility for killing a significant number of IRGC members during an explosive operation in Sardasht, a city in and the capital of Sardasht County, West Azerbaijan Province, in 1982.

According to Habilian Association database (Specialized Center of Research on the MKO's Crimes), the MKO terrorist group has made the confession in a news published in No. 132 of the Journal of Mujahid, the group’s main press organ during early years of the 80s.

According to the confession, on December 14, 1982, a unit of IRIG members who had been going from Sardasht, to Rabat, a city in the Central District of Sardasht County, was blasted by the booby trap planted by the MKO’s Peshmerga group. The news stated that as a result of that explosion, “a significant number” of Iranian Revolutionary Guards were killed and injured.

Using booby traps, were among the common techniques of terror practiced by MKO’s Peshmerga groups during the early years of the 80s throughout Iranian Western provinces. MKO’s Peshmerga groups were formed after declaration of the so called Armed Phase of Resistance by the MKO, and its move to the Western provinces of Iran. The groups contained some indigenous peoples and Iraqi Kurdish mercenaries who used to play the role of operational forces, and MKO members who were commanding the groups.