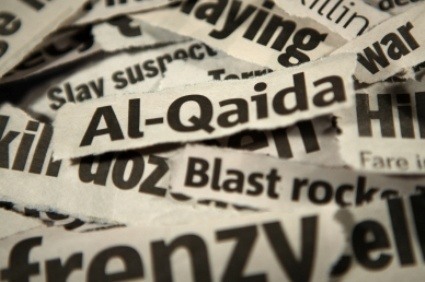 Contrary to popular belief, the reason behind the actions of terrorist organisations is not to gain advantage over security forces but, mostly, to generate propaganda. For instance, five people killed in a terrorist act do not serve as a measure of numerical superiority for the organisation. However, the impact of such an action, when brought on the agenda numerous times through media organs, would be far more severe so society as if the said action had been carried out time and again.

For that reason, terrorists believe that the more the media covers their actions, the closer they get to their goal. Indeed, as former British prime minister Margaret Thatcher puts it: “Publicity is the oxygen of terrorism.” Studies conducted by foreign policy analysts have concluded that the media makes use of two important processes while providing information. First of these processes is priming. Priming refers to the process whereby media exposure triggers one issue at the expense of others in the minds of individuals.

Some media organisations that make use of this process give priority to the issue of terrorism with exaggerated and one-sided interpretations, and try to lead their viewers and readers into a certain direction, showing minimal interest to other issues.

Often, to weaken the government, the media, by priming, tries to indoctrinate people with the idea that “the government is unsuccessful in combating terrorism and it even fails to provide security, which actually is its most fundamental task”.

The priming indicates that the media plays a role that is at least as important as that of security forces in a country. For instance, let us suppose that a terrorist organisation has provoked incidents in several cities in a country.

When the media reports these actions in newscasts, newsfeeds or news tickers with headlines such as “the country has turned into a battlefield”, they, wittingly or unwittingly, become accomplices to the efforts of the perpetrators of those acts.

For the media, the goal should be to protect national interests and the people, above all other interests. This is the only way to change this impact. Another process the media makes use of is known as framing. This concept is about how the media presents the information. The way an incident is reported and the format in which it is presented has an impact on the attitudes of individuals towards that incident and shapes their attitudes and behaviours in this regard.

An important part of framing is related to the way visual materials are used to present the information. A good example of framing is the way The Wall Street Journal covers the Kurdistan Workers Party (PKK).

A female terrorist was featured in the video section of the newspaper’s website. In this video, although PKK is regarded as a terrorist organisation by the United States, a PKK member is glorified as a so-called “freedom fighter” and she was presented as a so-called fighter for women’s rights. What’s more, she openly says that “she serves in PKK, which carries out terrorist activities with three names in different countries”. Nevertheless, all the images and the words in the video are designed to present the terrorist as a hero. Similarly, the fact that the blasts in Istanbul were glossed over in the media, whereas the blasts in New York, Paris or Brussels were framed as bloody acts of terrorism, is an example of disingenuousness in the fight against terrorism.

While those who lost their lives in the West are regarded as valuable, it neither conforms with good conscience nor justice that those who lost their lives in the East are not regarded as newsworthy. This attitude, which lacks good conscience, emerges as an element that fuels anger and resentment and undermines societal relations. Discrimination in regard to terror is unacceptable. No matter where it takes place, no act of terror should be regarded as acceptable. Claiming that all media reports on terrorism are malicious is not a fair way of thinking either.

Yet, we need to be careful about this matter. The media should act responsibly and should never prioritise its concerns about ratings or competition when it comes to the news it reports on terrorism. The media should avoid making implications or publishing images that would give the impression that terrorist organisations are powerful and influential. Instead, it should disseminate the image that such actions have no impact on society and that they even compel society to unite. The important thing while reporting news on terrorism is to provide people with truthful information, to raise awareness against terror and to adopt a moderate manner. Violence has never been the way to eliminate injustice. Conflicts can never bring about progress and it has never been possible to attain any results with bloodshed. For that reason, the primary responsibility of the media should be to avoid promoting violence and attempts to gain ratings, and hence, revenue, from it.

Above all, the way to achieve these goals is to know that “the source of terrorism is always based on an ideological philosophy”, and to explain this to society using all means available. If the media aspires to carry out a struggle against terrorism, it should first explain the falsity of the ideologies adopted by terrorists. If a person is willing to kill and to be killed to “achieve a goal”, albeit wrong, it means that he “believes in” the righteousness of his actions. Yet, if an ideology urges a person to kill, it is obvious that this ideology is a deviant ideology. However, unless the falsehood of the idea a person believes in and acts on ideologically becomes clear for him, unless that person is scientifically persuaded on the falsehood of his ways, he would never leave his ways, even if it ends in death.

Therefore, the most rational thing to do is to put forward the invalidity of deviant beliefs and ideologies urging people to terrorise others through extensive social and cultural programmes. In this regard, the media has an important responsibility. It should also show the falsehood of deviant ideologies terrorists act on. When this method is put to use, when methods that will intellectually destroy the philosophy that turns those people into terrorists, into murderers, are made use of while reporting the news, the media will be freed from the danger of serving as oxygen for terror.