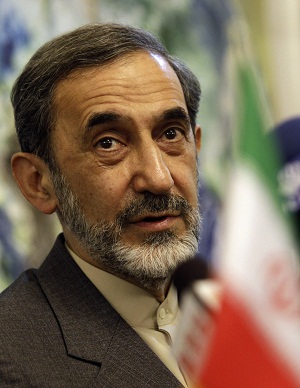 Head of the Strategic Research Center of Iran’s Expediency Council Ali Akbar Velayati highlighted the need for concerted efforts by Middle Eastern countries to eradicate terrorism and extremism in the crisis-hit region.

Velayati on Wednesday held a meeting with Massimo D'Alema, a former Italian prime minister and the president of the Foundation for European Progressive Studies (FEPS), and discussed mutual research cooperation.

During the meeting held here in Tehran, the former Iranian foreign minister referred to the special conditions in the Middle East, and urged that further efforts need to be made in the fight against terrorism and extremist groups in the region.

Velayati also pointed to the traditionally good ties between Iran and Italy, saying that the two countries have the capacity for expansion of their cooperation in different fields.

“The recent visit by (Iranian) President (Hassan) Rouhani to Italy was very significant in this regard, and will lead to the promotion of cooperation in different fields,” he stated.

Also in research fields, there is the possibility in the Strategic Research Center of Iran’s Expediency Council and other research centers to expand collaborations with Italy’s research institutes, Velayati added.

The Italian ex-PM, for his part, referred to the dangerous conditions of the Middle East, and stressed that it can lead to serious problems for regional and global security and international peace and stability.

“We should exchange views in this regard. We have already held negotiations and dialogues on the issue, which I hope would bring about positive results,” he added.