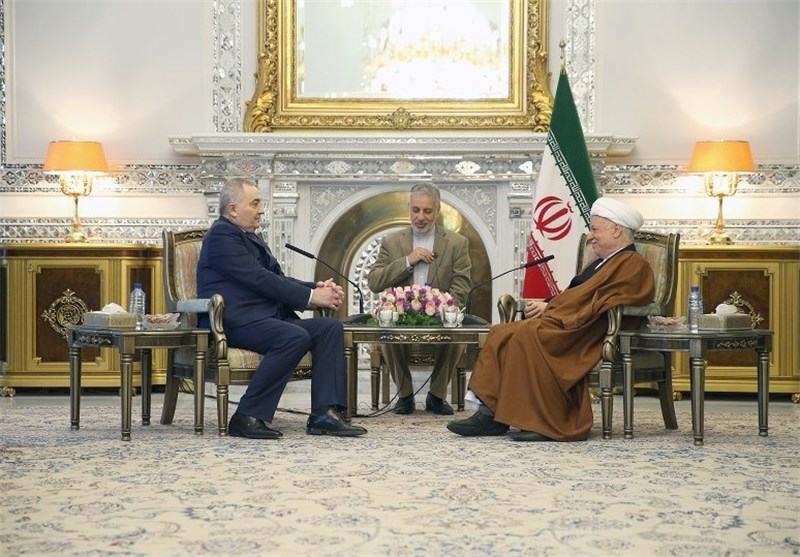 Chairman of Iran's Expediency Council Ayatollah Akbar Hashemi Rafsanjani called for global fight against terrorism, warning that the phenomenon could spread all over the world.

“All countries should take into account the conditions and interests of the world community (and combat terrorism) as the fire set by terrorists would befall all countries sooner or later,” Rafsanjani said Wednesday in a meeting in Tehran with Romania’s Foreign Minister Lazar Comanescu.

“The elements that are committing acts of sabotage and crimes against humanity in the (Middle East) region today could contaminate the entire world,” he stated, adding that comprehensive planning is needed to prevent it from happening.

Ayatollah Rafsanjani also said that mutual trust among all states is the number one requirement for proper planning in the fight against terrorists.

Elsewhere, the Iranian Expediency Council chairman highlighted the potentials of Iran and Romania for developing mutual cooperation in different fields.

Comanescu, for his part, stressed the Islamic Republic’s role in resolving regional and international issues, saying that cooperation with countries like Iran that play a key role in fighting against terrorism, narcotics and human trafficking, is necessary.

“Romania is always supportive of ties between Iran and Europe and is keen to enhance interactions with the Islamic Republic in all fields, especially in the fight against terrorism and in scientific development,” he went on to say.