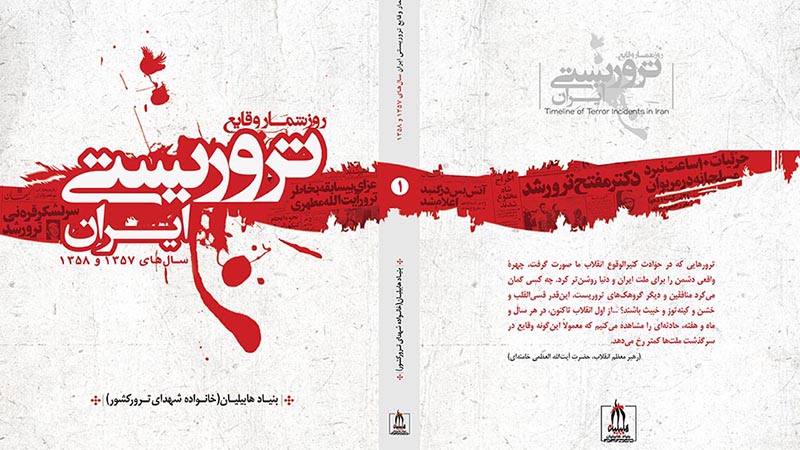 Seyyed Mohammad Javad Hasheminead, Habilian Association’s Secretary General, said in an interview with IKNA: “From February 11, 1979 up to March 19, 1980, more than 730 people have fallen victim to terrorist attacks in different provinces of Iran. He went on saying: “From the first day of Islamic Revolution’s victory, terrorist attacks conducted by Mujahedin e-Khalq organization and other anti-revolutionary groups started against Iranian people. Hujatol eslam Safdari is the first victim of terror after the Revolution. He was assassinated by Komoleh group on February 11, 1979.

Hasheminejad added: “Terrorist attacks were mainly local before 1982 and were conducted in border cities, but they were expanded between 1982-1985. “

He announced there are 17000 Iranian terror victims and said: “12000 of them are victims of Mujahedin e-Khalq organization’s terror.”

Habilian SG then referred to the first volume of the book “Timeline of Terrorist Attacks in Iran” and said: The first volume of the book includes incidents that occurred from the beginning of the Islamic Revolution until March 19, 1980. This is the first time all the details of terrorist incidents after the Islamic Revolution are gathered in a book. In addition to terror attacks that have had material losses and human casualties, unsuccessful attempts have also been investigated in the book.

He also reiterated: “It is tried to use all valid sources including newspapers, books, journals, documents provided by security entities, documents acquired from within anti-revolutionary forces, etc. The book is the biggest proof of victimhood of Iranian people and a historical reference of terrorist incidents in Iran after the Islamic Revolution. “