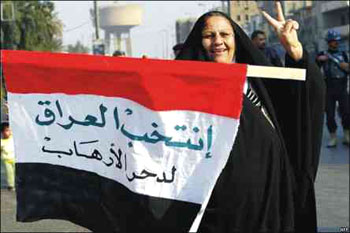 Mujahedin e-Khalq organization (MEK, MKO, NCRI) is beilieved to be responsible for assassination of more than 12000 Iranian civilians. As well as its eastern neighbor, Iraq is also a victim of MEK’s countless crimes. They include the cult’s contributing to Saddam Hussein in Kurds’ massacre and suppressing the 1991 Shiite Uprising.

“The people of the region have got several documents on the crimes of the MEK and will present them to any court if needed,” says Tariq Al-Mandalawi, the Secretary General of Iraqi Fayli Islamic Gathering. Faylis are largely a Shiite community living in Diyala and Wasit provinces in eastern Iraq.

He added that thousands of people in Mandali, Zurbatiyah, Jassan and Badrah were killed, wounded or displaced during the 1991 Shiite Uprising. Among them were Faylis who were arrested and executed by the MEK.

Jafar Al-Mousawi, the Prosecuting Attorney of Iraq's Criminal Court said that the Iraqi government has given the court for Iraq's former regime documents on the MEK's involvement in suppressing the 1991 Shiite Uprising.

Moreover, different Iraqi groups in a statement announced that they have found substantiating documents on the massacre of 25,000 Iraqis by the MEK.

"In the documents found at Iraq's intelligence ministry and other security offices after the toppling of Saddam, the leaders of the terrorist organization have announced that they slaughtered 25,000 Iraqi people on different occasions and over various issues," different Iraqi groups in the eastern province of Diyala said in a statement released to former Prime Minister Nuri al-Maliki.