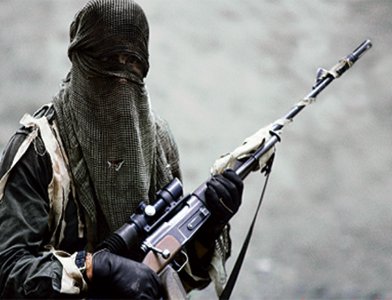 Earlier last week, the Saudi Arabia’s defense minister announced the formation of a so-called “anti-terrorism” coalition, which drew a lot of skepticism among the experts and those who are familiar with the country’s role in funding and backing the Takfiri terrorist groups. Most of the experts believe the Saudi Arabia is pursuing political purposes particularly rivalry against Iran.

An Irish expert on international affairs reflects that the Saudi-led “anti-terror” alliance is a laughable PR wheeze that has got nothing to do with the purpose of defeating, thwarting terrorism.

“The Saudis are intended to use this coalition to project their animosity and antagonism towards Iran and its allies – under the guise of ‘fighting terrorism,’” said Finian Cunningham.

Cunningham is a prominent expert on international affairs from Belfast, Ireland. He writes regularly at at RT, Sputnik and Strategic Culture Foundation (Moscow).

Following is the full text of Habilian Association's interview with Finian Cunningham in which he shed light on the Saudi-led so-called coalition against terrorism.

1. What is your take on the Saudi-led coalition formed to fight terrorism and the Saudis’ incentives for forming such a coalition?

This initiative has no credibility whatsoever for its stated aims of fighting terrorism and extremism. No-one with an informed knowledge on the roots of terrorism in the Middle East, North Africa and Central Asia could possibly take this Saudi-announced alliance with a scintilla of seriousness. It has all the hallmarks of a Saudi public relations exercise. Recall how some two years ago, the Saudi rulers donated $100 million to the United Nations’ anti-terror centre in New York. This latest exercise is of the same vein. It is a public relations gimmick that the Saudis have plucked out of thin air in order to give themselves a badly-needed image makeover. International public awareness is becoming increasingly attuned to the state-sponsorship of terror groups by the Saudi despotic rulers. With their deformed Wahhabi distortion of Islamic theology and religious practice being a fount of motivating ideology for extremist terror groups like Al Qaeda and Daesh (so-called Islamic State) plus the well-documented financial links between Saudi rulers and these same terrorist groups, it is essential for the House of Saud to buy itself some badly needed public relations makeover. Hence the fanfare announcement last week that the Saudi dictatorship in Riyadh is to set up a 34-nation alliance to allegedly combat terrorism. We can only speculate that there was a lot of arm-twisting and bribery used by the Saudi rulers to solicit several of the nations to apparently join this coalition. It is a PR wheeze that is laughable to anyone who knows about the systematic connections between Saudi Arabia and the creation and functioning of terror groups – which the Saudis are now claiming through this so-called alliance to be challenging. It’s a sick joke.

2. Some analysts believe this coalition is more a coalition against Bashar Assad. What do you think of that?

Now this is where the joke becomes serious. I think the Saudi-led “anti-terror” alliance has got nothing to do with the purpose of defeating, thwarting terrorism. Its real, ulterior purpose is to give the Saudis and their despotic allies a legal and public relations fig leaf to pursue desired political objectives. It’s analogous to how the Western states, principally the United States, have used the “war on terror” claim as a pretext and cover for illegal military interventions in foreign countries for the objectives of regime change. Likewise, the Saudis are claiming that their military alliance with 34 other Muslim nations is to serve, allegedly, for combating terrorism. That could be used as a license to invade Syria and other countries where the Saudis and their crony regimes deem it advantageous to invade. When the 34-nation alliance was announced by Saudi Defense Minister Crown Prince Mohammed bin Salman on December 15, it should be noted that the definition of terrorism and extremism is vague. In all reports that I read there was no specific mention of who exactly the terror groups are that this Saudi-led alliance is supposedly targeting. The truly insidious and dangerous aspect of this is that it is a carte blanche for the Saudis and their cronies to interfere in other sovereign countries simply on their own subjective say-so about combatting terrorism. We see this already underway in Yemen where a Saudi military coalition supported by the United States and Britain has been bombing a sovereign country for nearly nine months, committing horrendous war crimes, as even noted by Western human rights groups – and all this huge criminality has been perpetrated on the basis of unfounded, unproven claims by the Saudis that that they are combating Houthi “extremists” and alleged Iranian sponsorship of subversion in Yemen. So this gives you an idea of how the latest public relations gimmick in the form of the 34-nation “anti-terror coalition" led by Saudi Arabia will be totally abused as a vehicle for driving Saudi political objectives in the region.

3. Please explain the details of this so-called coalition against terrorism. It is said that 34 Muslim countries joined Saudi Arabia but then some countries opted out.

One indicator of how contrived and disingenuous this so-called anti-terror alliance is, is the almost hilarious way that some nominal member nations immediately turned around and said that they were not consulted about the formation. From media reports, Malaysia, Lebanon and Pakistan said that they were not consulted. Also giant Muslim states, Indonesia and Algeria, pointedly said they were not going to join the Saudi-led “anti-terror” cartel. And of course the glaring contradiction is that Iran and Iraq – two nations that have suffered from years of foreign-sponsored terrorism on their own territories – were not invited to join, nor was Syria. This omission betrays the complete lack of integrity or credibility in the Saudi-led initiative. It shows that the real agenda is all about Saudi rivalry with Iran and other regional perceived enemies deemed to be allies of Iran, such as Iraq, Syria and Lebanon’s Hezbollah resistance. The so-called Saudi anti-terror front, it is safe to speculate, will be used by the Saudis to project their animosity and antagonism towards Iran and its allies – under the guise of “fighting terrorism”.

One note of proof is that among the nominated 34 nations to apparently join this Saudi cartel is Nigeria. This was in the same week that the Nigerian military is alleged to have carried out a massacre of hundreds of Shia Muslims. Up to 1,000 people may have been killed by Nigerian state soldiers when they attacked a peaceful Shia congregation led by Sheikh Ibrahim Zakzaky in the northern Nigerian city of Zaria on December 12 – only three days before the Saudis announced this “anti-terror alliance” which includes Nigeria. The Nigerian authorities have a woeful record of effectively combating the al Qaeda-linked Boko Haram terror group with its Saudi-sponsored Wahhabi ideology. But in one day, the Nigerian army kills hundreds of innocent Shia Muslims under the contemptible pretext of cracking down on “extremists”. This horrific incident in Nigeria is a disturbing portent of how the Saudi “anti-terror” 34-nation alliance will be exploited for reprehensible political reasons that have got nothing to do with combating terrorism.

4. What is the western countries’ reaction to this coalition, given the fact that they also have formed their own coalition against ISIS?

Both Washington and London have enthusiastically endorsed the Saudi initiative, which is totally to be expected. Pentagon chief US Defense Secretary Ashton Carter reportedly said: “We [the US] are happy with the alliance announced by Saudi Arabia.” British Prime Minister David Cameron also welcomed the initiative. The US and Britain said that the new Saudi coalition would provide “greater involvement” of Arab regional forces on the ground for the stated purpose of combating terrorism. Of course, after years of waging illegal wars in the region, the Americans and British would be only too glad to subcontract the military role of troops on the ground to regional client regimes such as Saudi Arabia, Qatar, United Arab Emirates, Bahrain and Kuwait. The endorsement by Washington and London for the Saudi armed coalition is consistent with their shared agenda of regime change in targeted countries. There are several coalitions in operation currently: the US-led coalition bombing Syria and Iraq, with NATO and Arab participation; the US-Saudi coalition bombing Yemen; and now this Saudi-led “Islamic nation” coalition. If we just change the wording slightly of the latter it could hence read the Saudi-led “Islamic State” coalition, which actually reveals the truth about how the West, the Saudi Wahhabi regime and its cronies are all integrated with the so-called Islamic State terror groups and other Takfiri proxies. These coalitions may have different names and different nominal headquarters. But they are all integrated into an American-led imperialist front for executing regime change and conflicts for hegemonic control as dictated by US-dominated capitalism. It is Western and in particular US corporate and financial ruling circles who dictate foreign policy and the never-ending need for “controlling” the world’s resources and resistant nations. Regimes like Saudi Arabia and the other Persian Gulf despotic dictatorships are client regimes. We can also add Turkey under Erdogan and of course the Zionist Israeli entity. They all function to serve the centre of hegemonic power which resides in the US and to lesser, subordinate extent in London and the rest of Europe. I think we need to understand how these clients function as part of an integrated system of oppression and aggression.

5. Given the Islamic Republic of Iran’s experience in fighting terrorism, do you think Iran can lead such an alliance against terrorism?

Iran has incomparably more credibility and authority to fight terrorism in the Middle East and the wider regions than either the US or its client regimes, such as Saudi Arabia and Turkey. It’s not even appropriate to compare. Iran, Iraq, Syria, Hezbollah and Russia are the only coalition that is genuinely opposed to and fighting terrorism. The West and its allies are disqualified from such a purpose, even if they claim it, because they ultimately are the source and cause of terrorism. State-sponsored terrorism is the root of all terrorism and conflict. The likes of Al Qaeda and Daesh are just the evil fruit that grows from the tree of terrorism whose root is US-led capitalism and imperialism. Iran should have nothing to do with associating with any alliance that involves the United States, Britain or regional client regimes like Saudi Arabia and Turkey.  That postulation is a fundamental contradiction in logic and morality.