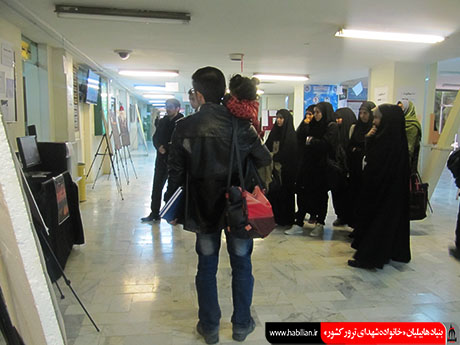 On the occasion of students’ day in Iran, Habilian Association organized another “cultology” exhibition in Ferdowsi University of Mashhad.

Wahabism background, its line of thought and attitudes were introduced to the audience during the event. Wahabi scholars, political and intellectual positions of Wahabism, its recruitment techniques and a review on the establishment of the cult until the formation of Saudi government and its military support of Wahbasim were among the most important topics of the exhibition.

Another part of the exhibition was dedicated to the introduction of extremist views promoted by Wahabi clerics and the Fatwas allowing their followers to terrorize other Muslims.