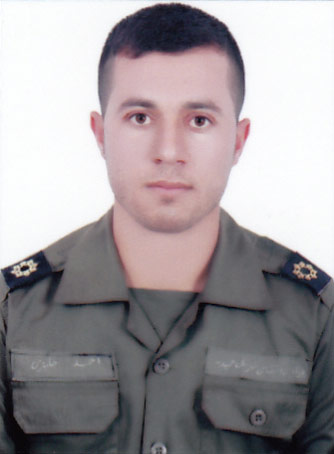 Ahmad Jalizi was born on August 13, 1988, into a large and religious family in Susangerd, Khuzestan Province. His parents were both gardeners. A docile boy, Ahmad always helped his parents and was respectful to them. He had also an intimate relationship with his siblings, being as helpful as he could.

He successfully passed his school studies and became the top student in almost all levels. Having received his high school diploma, he went on to attend Islamic Azad University of Ahwaz as an Urban Geography major. He received his bachelor’s degree and started his military service in Arak. He was later transferred to Kermanshah and finished his military service in Hamidieh city.

Jalizi got married in October 2014 and was determined to start his career at Bandar Imam Petrochemical Company. They booked a ticket to Mashhad to start their life with the help and blessings of Imam Reza, the eight Shia Imam. He lived a life of great simplicity and had the reputation of being well-mannered. He also committed himself to the on time prayer and performed his prayer in congregation as far as he could.

Spending the last days of his military service at a tent designed to welcome and reach out to the travellers during the Nowruz holidays, Ahmad and his friends’ tent was attacked by four members of the terrorist Harakat al-Nazal al-Araby group on April 2, 2015. Showered the tent with bullets, the terrorists killed two, including Ahmad, and fled the scene.

A number of the terrorists responsible for the attack were later arrested; among them were one of the old friends of Ahmad. Expressing regret, he said leaders of the terrorist group took him for a ride and promised great sums of money.