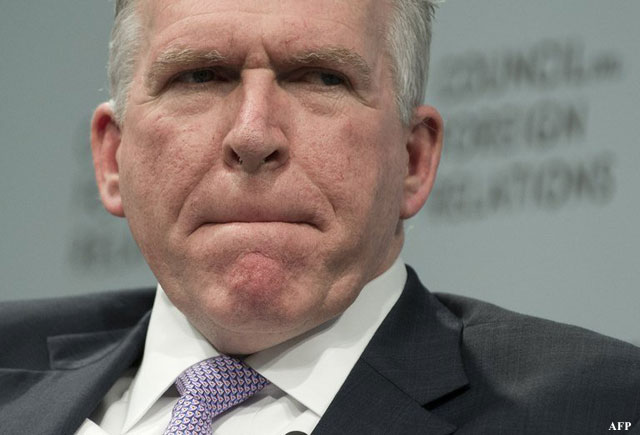 John Brennan, director of the Central Intelligence Agency, went on “Face the Nation” last Sunday and did something weird: he acknowledged that U.S. foreign policy might sometimes cause terrorism. Of course, he didn’t word it exactly like that, but close enough:

BRENNAN: I think the president has tried to make sure that we’re able to push the envelope when we can to protect this country. But we have to recognize that sometimes our engagement and direct involvement will stimulate and spur additional threats to our national security interests.

This is notable because the people who run our foreign policy usually tell us that terrorists are like zombies, driven by some incomprehensible force to kill and kill and kill until we take them out with a head shot/drone strike. Brennan himself did this five years ago while “answering” questions from the late reporter Helen Thomas about Umar Farouk Abdulmutallab, the 23-year-old Nigerian man who tried to blow up a Northwest flight over Detroit:

THOMAS: And what is the motivation? We never hear what you find out on why.

BRENNAN: Al Qaeda is an organization that is dedicated to murder and wanton slaughter of innocents …

BRENDAN: I think this is a — this is a long issue, but al Qaeda is just determined to carry out attacks here against the homeland.

The next year Abdulmutallab explained at his sentencing what had motivated him:

In fact, the government’s own sentencing memorandum for Abdulmutallab cites this statement, and points out that trying “to retaliate against government conduct” is part of the legal definition of terrorism.

So Brennan well understands that our foreign policy causes attacks against Americans. And our legal code specifies that attempting to retaliate against U.S. actions is what makes you a terrorist. Nonetheless, this obvious reality is almost never said out loud by government officials.

On the other hand, comedians can say it (though not on TV). Immediately after 9/11, George W. Bush famously asked “Why do they hate us?” and answered: “They hate our freedoms.” On David Cross’s 2004 “It’s Not Funny” stand-up album, recorded at the DC Improv Club, Cross said:

CROSS: I don’t think Osama Bin Laden sent those planes in to attack us because he hated our freedom. I think he did it because our support for Israel and ties to the Saudi family and all our military bases in Saudi Arabia. You know why I think that? Because that’s what he fucking said.