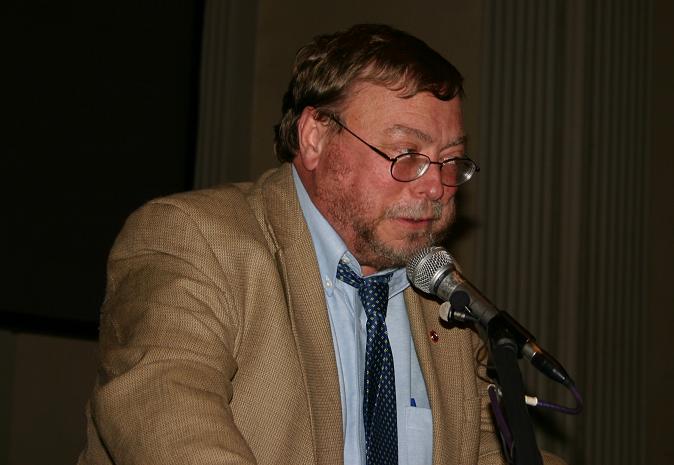 A US journalist and political analyst said Israel is the supporter of al-Nusra and Islamic State of Iraq and Syria (ISIS) Takfiri terrorists.

“And if Israel supports ISIS, we support ISIS, because our foreign policy in the Middle East is dictated by Israel,” Wayne Madsen told Habilian.

Regarding the US airstrikes on ISIS positions, Madsen said they are like Saudi Arabia’s bombing ISIS militants and financing them at the same time.

Saudi Arabia is part of the coalition helping the US carry out airstrikes against ISIS targets in Syria, and the country's former US ambassador, Prince Turki al-Faisal, confirmed that Saudi war planes were involved during the campaign.

He added that the US does not hinder the Saudi Arabia’s backing ISIS “because it doesn’t want to be hard with Saudi Arabia because of the oil.” “Same thing with Qatar with national gas and that it hosts US Air Base Al Udeid. So we don’t want to jeopardize that. Just like we don’t want to criticize the government of Bahrain because we have a navy base in Bahrain.”

Madsen also made a reference to the US politicians who are supporting terrorist groups such as Mujahedin-e Khalq (MEK, a.k.a. MKO) and said: “MEK still has its core support among neocons like Richard Perle, Giuliani, even Howard Dean which is disgusting that somebody who claims is a progressive democrat but support a terrorist organization.” “I believe they are under US laws supporters of terrorism. They are enablers of foreign terrorist organizations.”

“The Treasury Office of Foreign Assets Control is always trying to put sanctions on Russian banks and Iranian banks, yet they fail to stop the flow of support to the Mujahedin-e Khalq,” he added.

“The FBI should seize their assets, place their supporters including people like Mr Dean and Mr Giuliani and Mr Perle under investigation and after they found that had provided material support to a foreign terrorist organization they should be prosecuted for crimes under current US law,” Madsen continued. “We need a radical change in political leadership to bring this about. But it’s an uphill battle.”

“But I think that groups like your’s can show the victims of their terrorist attacks,” he added. “This information needs to get to the American people. Because American people are quick to react to visuals. As we know about the beheading of the two journalists. When they saw babies in Gaza with the back of their heads blown up, then they started to question the US support for Israel, but they have to see it. Show me and I believe. They call the State of Missouri as The Show Me State. Show me and I believe. That’s what they are calling it. They’re skeptical until somebody shows them. But really the entire United States is like that. So it’s important to show the victims of these terrorist attacks.”

He finally mentioned that the United States is a long time aider and abettor of terrorism itself. “We did it in Chile, we did it around the world. The CIA supports terrorism and has since its inception.”

“So until the US changes its milieu and stops allowing the CIA to support terrorist groups as it does with the MEK. We have to turn the CIA back into what it was originally supposed to be and that’s the collector of information and not a protagonist in carrying out terrorist attacks and supporting terrorist groups. So it’s got to be a huge change in the way the US deals with national security and intelligence.”