Ayatollah Movahhedi Kermani, member of the Assembly of experts and Secretary General of Habilian Association delivered speech at the conference.

Ayatollah Movahhedi Kermani described ISIS as the enemy of Islam and said, "Unfortunately this group has recruited a number of ignorant, stupid, and cold-hearted people from across the world."

He added that the crimes of ISIS terrorists are quite unprecedented, adding that the terror group is a product of the United States.

"ISIS lacks the strength and courage to attack Iran, and they cannot easily cross Iranian borders."

He stressed the necessity of arming Muslims against the possible attack of enemies, and said, the enemies are not asleep and they are planning against us every moment. 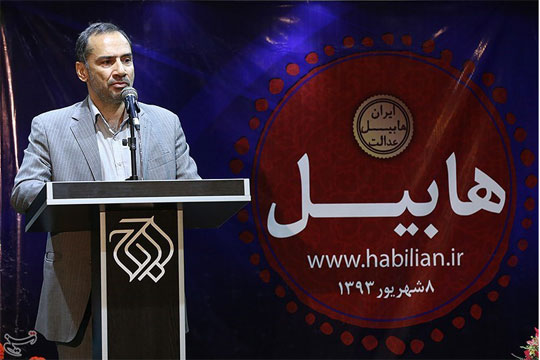 Secretary-General of Habilian Association also spoke during the conference and said the terrorist acts in Iran have some unprecedented aspects.

He added that during the early years of the Islamic Revolution, Iran witnessed some 100 terrorist acts a day which were overtly backed by the West.

"The western support for terrorism still continues today," he added.

He made a reference to his meeting with the UN Special Rapporteur on the situation of human rights in Iran and said, "we have provided him with lots of documents which proved that Iran is a victim of terrorism."

"The International Congress of Terror Victims will be held next year and we expect the cooperation of various governmental institutions," Hasheminejad pointed out.