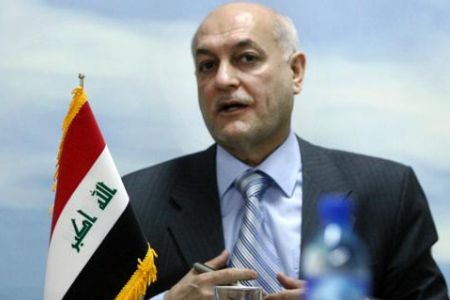 "If the grounds are paved to facilitate their (MKO members) repatriation to Iran this can persuade other MKO members to do the same," Iraqi Ambassador to Tehran Mohammad Majid Al-Sheikh told FNA on Saturday.

He explained that 10 MKO members are currently settled in a hotel in Baghdad waiting to return to Iran, and said, "The representative of the UN Secretary General Ban Ki-moon has asked me to talk to the Iranian officials to facilitate the return of these MKO members to Iran."

The Iraqi ambassador pointed to an agreement between Iran and Iraq on extradition of criminals, and said, "This agreement will be implemented in the next several weeks and we are doing our best to implement it."

He reiterated that if Iran files a lawsuit against the MKO at the Interpol, the Interpol can take action and arrest the MKO members and hand them over to Iran according to the universally accepted laws on the extradition of criminals.

The last group of MKO terrorists at Camp Ashraf, now called Camp New Iraq, was evicted by the Iraqi government on September 11, 2012 to join other members of the terrorist group in the former US-held Camp Liberty, now called Camp Hurriya, near Baghdad International Airport where they are awaiting relocation to other countries.