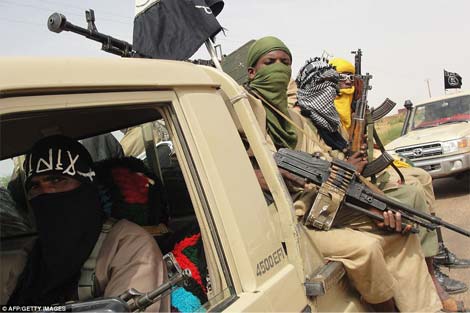 As reported by Habilian Association, while the Iraqi Sunni tribes are as opposed to Al Qaeda affiliated ISIL, also known as al-Qaeda in Iraq (AQI), as any other Iraqi citizens and fight the terrorist insurgents alongside with the Iraqi army, the terrorist MKO group referred to the Iraqi government’s military offensive against ISIL, as suppression of Iraqi tribes by the government.

Earlier in December 2013, an Iraqi political analyst, Dr. Ahmad Al-Sharifi, said the armored vehicles of the ISIL are the same vehicles used by the Mujahedin-e Khalq Organization, concluding that they share one purpose.

Mohammad Al-Agili, senior Iraqi lawmaker, has also disclosed the collaboration between the two terrorist groups, the MKO and ISIS, in a plot to attack Camp Liberty and put the blame on the Iraqi government. “There has been an agreement between the MKO and other terrorist groups, specially the ISIL [ISIS], which are present near the capital, especially in Abu Ghraib, to attack the Liberty Camp and then accuse the Iraqi government of bearing the responsibility,” he added.