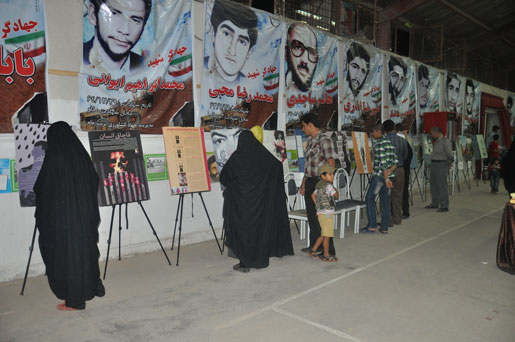 The exhibition was officially opened during a ceremony with the presence of governor, local governmental and military officials, families of martyrs and veterans of war.

The exhibition included posters with topics such as: A review on Mujahedin e-Kalq organization's history, their so called ideological revolution, MKO from Ayatollah Taleqani's point of view, sterilization of women in the terrorist MKO group, introduction of terror victims, a review of the Green hypocrisy, 22 western embassies espionage on Iran during the 2008 post election riots, MKO's role in those riots, similarities between new and old hypocrites, etc. 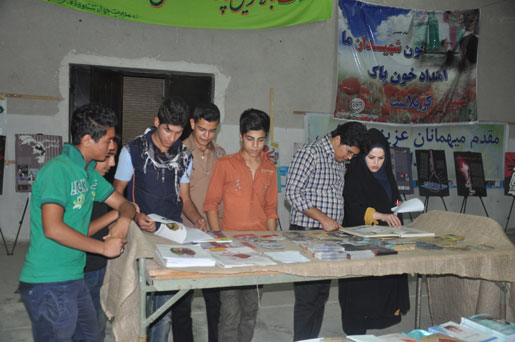 A review on Green hypocrisy leaders' eclectic principles, return of hypocrisy, untold stories from Green hypocrisy and the role of Imam Khomeini and Ayatollah Khamenei in neutralizing enemy plots were also discussed in the exhibition.

Another part of the exhibition was dedicated to introduction of the victims of MKO's terrorist operations. Among these victims were elite figures such as Ayatollah Beheshti, President Rajaei, Vice-President Bahonar, Ayatollah Hasheminejad, Lieutenant General Ali Sayyad Shirazi, etc. 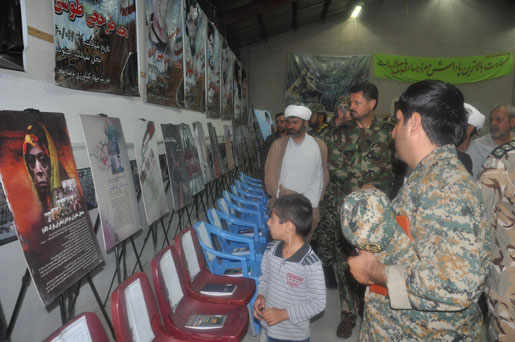 A special place was considered in the exhibition for the visitors to watch documentary videos of MKO leaders' secret relations with Ba'ath regime and MKO's crimes and their terrorist operations.

At the end, some relevant Habilian products including software, books and bulletins were provided to the visitors.