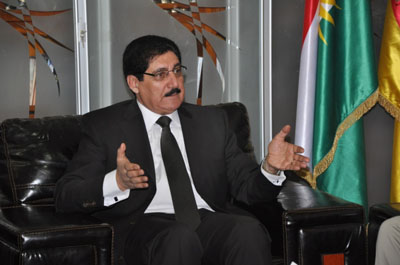 “The government in Erbil is in agreement with the central government in Baghdad over the expulsion of the MKO (from Iraq) and it opposes their presence of any kind in Iraq,” Secretary of Iraqi Kurdistan's Democrat Party (affiliated to Masoud Barezani) Fazel Mirani told Habilian Association.

“Removal of the MKO from US list of terrorist groups is not tantamount to Iraq’s willingness for their continued presence in the country; the Kurdish people have sustained many sufferings from the group under the previous regime,” Mirani said.

He noted that Iraq's Kurdish lawmakers support the central government’s decision for ending the MKO’ presence in Iraq with the coordination of the UN.

The MKO group, founded in the 1960s, blended elements of Islamism and Stalinism and participated in the overthrow of the US-backed Shah of Iran in 1979. Ahead of the revolution, the MKO conducted attacks and assassinations against both Iranian and Western targets.

The group started assassination of the citizens and officials after the revolution in a bid to take control of the newly-established Islamic Republic. It killed several of Iran's new leaders in the early years after the revolution, including the then President Mohammad Ali Rajayee, Prime Minister Mohammad Javad Bahonar and Judiciary Chief Mohammad Hossein Beheshti who were killed in bomb attacks by MKO members in 1981.