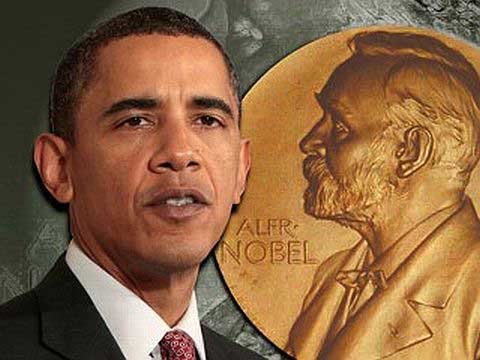 This is the group who inflicted four 911's on Iran by murdering 12,000 in terrorist attacks, much of it under Saddam, and then under US protection when we took over Iraq. Israel was involved, also...no surprise there.

We had no boots on the ground inside Iran for Intel collection so the War on Terror stopped at the border of the MKO Camp Ashraf. Terrorists who worked for us were given effect immunity while keeping them on the terrorist list, I assume until a day when maybe nobody would remember what they did. We did not forget, about MKO, or the others.

I was shocked when our State Dept. under Hillary Clinton announced last fall that MKO was being rehabilitated by taking them off the terror list. It seems the International Criminal Court might be off the hook for doing absolutely nothing about this group, thinking I guess that mass murderers only lived in the Balkans or Africa.

So the powers that we think they have slipped this one by on us. Here we have our Nobel Peace Prize winner President effectively pardoning the killing of four times the 911 victims when he has no authority to do so because the MKO are not American citizens. I did not mention aiding and abetting terrorism because that obviously was not a concern to his administration or the NeoCons.

We are all put at risk if terrorist groups with well connected big bad brothers can provide them with not only material support but protect them from prosecution. The status of a country doing so is lowered to that of a Mafia chief, Murder Incorporated. This is not a fitting robe to wear for America...or is it?

I was shocked, but not too much so, to find John Bolton and retired general Jim Jones, a Bush regime national security adviser, welcoming the MKO to Washington, DC. Does this mean that Jones was running a terror operation out of the White House? Aren't there some big laws against that...where even a former government official can be prosecuted for crimes against humanity?

I can only think that they felt that with the public's attention on the big terrorist training camp going up in the Middle East, the one also under US protection and allowed to train with live fire weapons and actually kill people that no one would notice. This training camp is Syria, of course. We have a repeat of the Afghanistan Mujahedin fiasco in the works going on here, but in a powder keg region.

Oh yes, we have reports that the only reason that the CIA is handling the arms shipments to the rebels is to try to make sure they do not fall into the hands of these extremist terrorists. But using the Saudi Arabia and Qatari terrorist regimes as proxies is a very thin veil indeed.

Americans know they are supporting these groups in Syria because they are good killers. They are even taking heads to prove it and bringing young teens into their ranks to use as future cannon fodder. Strategically, they know they cannot topple Assad without them so they are shedding crocodile tears over their false concerns about unleashing a new wave of terror on the regime.

Assad has not been an angel and might himself see the inside of a court room, but it would be a huge injustice if the dock did not contain at least a hundred others from the leadership of those we know who have been engaged in terrorism but claim diplomatic immunity. That did not work for the WWII Germans, the Serbians, nor any of the Africans.

If the world is going to give out free passes for terrorism, I would at least like to see some kind of vote so the rest of us can participate in playing God regarding who gets to kill and who does not. The reputation of Western jurisprudence, what is left of it, is squarely on the line.

This was a hot topic at the UN this week with the Thematic Debate on International Justice. This issue of certain countries issuing themselves free terrorism passes while seeking punishment for those doing the same was viewed as possibly needing a bit of reform. Imagine that. If the UN in its infinite non-wisdom would not mention who these countries were, but we all know.

Iran's conference representative, Gholam Hossein Dehqani said, “Iran believes that the prosecution and punishment of aggressors and perpetrators of horrific international crimes will promote international peace and security and bring peace and tranquility to world nations.”

Dehqani is right of course. But our current international justice, or injustice system...depending on the case, which is corrupted and outdated, requires a complete overhaul.

Right off the bat the first improvement I would make is that any country giving itself a free pass from terrorism prosecution would go to the top of the list for being prosecuted. And you can forget the ICC. It moves at a snail's pace where we will all be dead and buried before they finish. They can be used for the slow motion cases...maybe the older ones.

In America, we have a statute called the Speedy Trial Act that once you are arrested the government has to take you to trial within a reasonable period or in effect you are serving a conviction for a crime when you have not been found guilty. And no, Guantanamo does not have this.

Syria provides us a perfect example. The crime is happening now. We don't want a trial initiated ten years down the road. We want investigators and prosecutors in the field collecting evidence while it is fresh so those aiding and abetting in terrorism can be quickly identified and arrested to stop the crimes in progress.

If such an entity were found to be a country, then they would be subject to sanctions, and something called asset confiscation, starting with all the hidden offshore accounts. When drug dealers are arrested all of their cash and property are seized so ill gotten gains cannot be used by the defense. In the US they will go to a drug dealer's house and even collect up the children's toys and clothes.

As always, some would say this could never be possible as those most guilty would not go along with it. But then that would just trigger a dual justice system development...the older corrupted one and then a new one that can...yes, issue arrest warrants, capture, detain, and put on trial those guilty of these crimes.

Let's invent a new reason for having wars, a better one, to arrest and prosecute crimes against humanity people. War would be popular overnight. And all of those who protect the guilty would then become accessories after the fact. We have all these empty FEMA camps over here. Let's use them toward a good purpose.

Oh, and one other thing. No multinational corp. has ever been brought into court for crimes against humanity...nor a single bank. Do you really think that not one ever committed these crimes? Of course they have. But they also have put themselves on the immunity list, other than fines that their stockholders pay. Financial crimes against humanity should warrant the death penalty for the lives they destroy.

So laugh all you want at my ideas, and don't feel bad either. I am laughing at all of you who think you have some system of justice to punish mega crimes against humanity where those countries doing the judging give themselves immunity. I laugh not out of disrespect for their victims but at the silliness of it all for those who think they are involved in international justice when they are really providing cover for the bad guys.

Huge numbers of lives are at stake and Syria is going to be the big demonstrator. General Breedlove was going through his confirmation hearings yesterday as the new NATO cmdr. and said he supports giving lethal weapons to the rebels. Because we all know they already have them I suspect he meant heavy weapons.

His only concern was their not falling into the wrong hands. OK Mr. Breedlove, if you think that is such a cool idea, what if you, your family, grand kids and parents all had to die if you are wrong...just like the Syrians? Would you still think it was a cool idea?

Syria would become a wasteland of death and destruction if that happened and maybe some other places, also. There have already been enough crimes committed to keep the gallows going for a long time. Such crimes require an industrial scale justice system, not the slow motion shake and bake kind we have now.

We need to replace or convert General Breedlove's command to a new ICC Justice NATO...called JATO, maybe. Let us save the heavy lethal weapons for them as we will all get a bigger bang for our buck. And rather than watching the innocent on TV die, let us watch the guilty ones for a change. It won't be so sad.