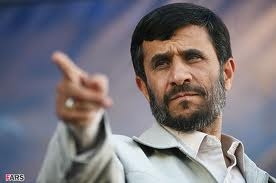 Ahmadinejad made the remarks in a statement published on the Iranian president’s official website on Sunday.

Ahmadinejad said those behind the killings “have no goals except to create a gap among Islamic sects.”

The Iranian president also expressed his condolences for the killings, and called on the Pakistani authorities to find those responsible for the attacks.

Earlier in the day, a total of 234 members of Majlis (the Iranian Parliament) released a statement, censuring the targeted killing of Pakistani Shias.

“The repeated brutal slaying of innocent Pakistani Shias is undoubtedly a plot hatched by the enemies of Islam -- particularly the US, Britain and their regional accomplices…,” the statement read.

Militants have been waging a violent campaign against Shia Muslims in Pakistan for several years.

Shias living in the Kurram Tribal Agency, which is located in the Federally Administered Tribal Areas, have been facing a humanitarian crisis since November 2007, when extremist groups cut off the area from the rest of the country.

Local sources say hundreds of Shia Muslims have been killed in Kurram since the start of the campaign.

Shia religious gatherings have also been targeted in various areas of Pakistan over the past few months.