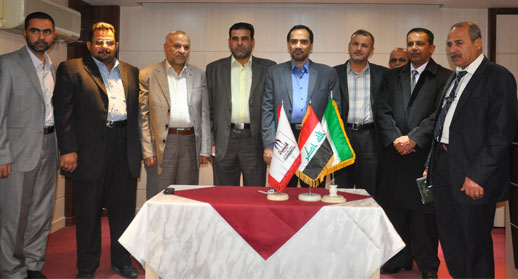 Mohsen Mousavi made the remarks during a meeting of a delegation of Iraqi officials, scholars and university professors with Seyyed Mohammad Javad Hasheminejad Secretary General of Habilian Association in Mashhad.

Seyyed Mohammad Javad Hasheminejad started the meeting with a brief on the recent developments in the region and awakening of the Islamic nations.

Referring to the colonial role of western governments during the past decades, he said: “Whenever the front opposing oppressive powers has been comprised of governments that enjoy little or no support from their people, the result has been nothing but a total failure for them. But, where the nations have confronted the colonizers, success has been achieved and the enemy heavily defeated.”

Mr.Hasheminejad pointed out the close and historic relationship between the two Iranian and Iraqi nations and expressed: “The two nations have long been in contact so the enemies have tried to separate them. But we can see although the ties between them had been practically cut for 40 years, the two nations welcomed each other after the fall of Saddam’s Ba’ath regime.”

Habilian SG also pointed out the western governments’ aim, specifically the U.S. government’s, to create separations between the nations in the region including Iran and Iraq and said: “The U.S. needs mercenary terrorist groups such as the Mujahedin e-Khaql organization. When the U.S Army occupied Iraq, it lacked the knowledge on Iraqi tribes and groups, so the MEK which had long stayed in Iraq, was used by the U.S Army for terrorist operations and training other terrorist groups.

Appreciating Habilian Secretary General for his beneficial details on terrorist MEK and U.S. colonial plans in the region, Seyyed Saber al-Hosseini, the head of Iraqi center for strategic studies, highlighted some activities of his center and said: “The center for Strategic Studies of Iraq has executed very good plans to reveal MEK’s crimes inside and outside Iraq. These activities include Satellite TV programs and brochures in Iraqi universities. Mobilizing people and rallying towards MEK camps has been another activity we have done several times during the pas recent years.

He reiterated: “The terrorist MEK had a major role in suppression of the honorable Iranian nation and also the Iraqi nation at the Sha’abanieh Intifada as the Saddam’s striking arm. “

The Iraqi scholar referred to the problems on the way to expel the MEK and said: “You are aware the Iraqi administration is not all united and this is the reason of some problems created. Some people are after returning Iraq to the Saddam era.”

In another part of his speech, Saber al-Hosseini said: “We hope Habilian Association has a good connection to the institutes working in Iraq on terrorism. The two nations’ martyrs have had common goals which could be the interface between the nations. About 250 thousand of the Iraqi people were martyred by Saddam regime because they didn’t take part in the war against Iran. This shows Iraqi people were not willing for this war to take place.”

Mohsen Mousavi, former top investigator of Iraqi ministry of agriculture, pointed out the victory of Iranian Islamic revolution led by Imam Khomeini and the struggles in the beginning of the revolution which shed light on the nature of different groups and also the efforts from oppressing powers including the Zionist regime against Islamic Republic and said: “The current troubles these powers are creating for the Islamic Republic of Iran is not a new thing and they have tried this since the beginning of the revolution. What has changed, is the direct presence of U.S. and Israel in the region. The result of this presence is that we can see numerous terrorist groups supported by western powers.

Referring to MEK’s status in Iraq he said: “The MEK is all surrounded and its activities are watched. They can’t do anything in Iraq, but unfortunately there are other political movements and parties in Iraq which are after destabilizing the country with the support of the U.S. and Israel. Financial support of these groups is continuous and not limited. Unfortunately, this is harmful for some popular political groups that are seeking new fields of activity. These terrorist acts hinder their activities.”

Former top investigator of Iraqi ministry of agriculture described the ties between the two nations as inseparable and said: “Naturally, these terrorist groups’ activities are an effort to cut the ties between the Islamic republic of Iran and government of Iraq. The U.S. failure in Iraq has been one of the reasons for harsh economic blockade against the Islamic Republic. “

At the end, Mousavi said: “Number of people killed after Saddam’s fall in Iraq is way more than number of the people killed before and even during the Saddam era. We hope a certain framework is created between us. Not only for the MEK threat, but also for opposing any common threats the both nations are facing in the region.” 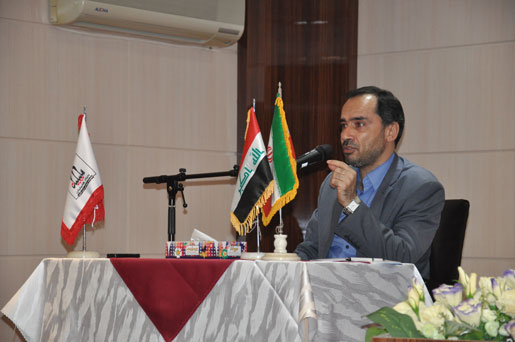 At the end of the meeting, Seyyed Mohammad Javad Hasheminejad referred to the various aspects of MEK’s presence in the region and their destructive role and said: “Two issues must be addressed about the MEK. First of all they are still in the region and surrounded. But this is not all the problem. According to our Iraqi friends, there are several people in the Iraqi administration and Parliament who support them. Several Iraqi newspapers have taken money from them, so they also support the MEK. This is their destructive role. Unarmed MEK is far more dangerous than armed MEK.”

Hasheminejad continued: “The MEK is now seeking to destroy nations by highlighting their differences instead of just assassinating people. Anything leading to increment of tensions between the two countries is welcomed by them and this is the very destructive role of the MEK and one of the reasons why the U.S. is trying hard to keep them in Iraq. Another reason for the U.S. to try to keep the terrorist group in Iraq is to stop the MEK members from entering the United States. They are also well aware how dangerous these people can be.”