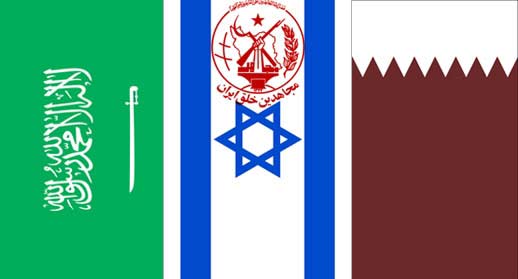 The sources added that the meeting decreed that Peshmerga forces transfer a number of MKO elements from Iraq to Turkey and then to the northern parts of Syria in order for these anti-Iran terrorists to join the so-called Free Syrian Army.

Directed by Nasser Qandil, Lebanese politician and former Member of Parliament, the news channel added that U.S. and Turkish officials have told the MKO that “Saudi Arabia and Qatar are committed to jointly pay the costs of relocation and resettlement, expected to be roughly $ 250 million,” as well as $ 100 million per month for the militias.

On the other hand, the Americans guaranteed to facilitate the MKO’s secret withdrawal from Iraq to Turkey.

A few days ago, the sources added, Nouri al-Maliki caught Americans off guard by telling them that Iran is aware of the plot of temporary relocation of MKO members to Erbil and they have warned against the move.

“Opposed by the Iraqi Prime Minister, the plan will be done gradually and secretly,” informed sources predicted.