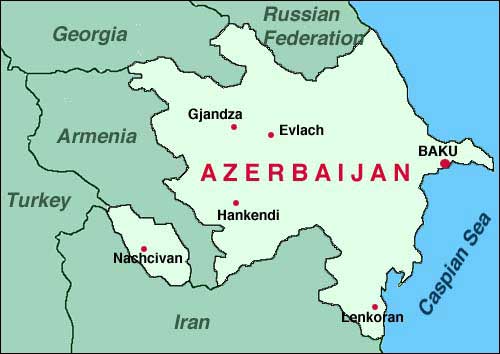 Iran and Eurasia Research Center (IRAS): Not long after the conclusion of a military contract between the Republic of Azerbaijan and Israel, possible transfer of some members of the terrorist Mujahedin-e Khalq Organization (MKO) to that country has once more highlighted tensions in Tehran’s relations with Baku. Although there was nothing new about this issue and previous news dispatches had already been reported by global mass media, a more serious reaction shown by spokesman the Iranian Ministry of Foreign Affairs shows that Iran will by no means accept such a measure to be taken by its northern neighbor. What concerns Tehran more is unconfirmed reports about effective role of Israel in transfer of MKO members from Iraq to Azerbaijan.

The Mujahedin-e Khalq Organization, which is called Monafeqin Khalq [Hypocrite People] Organization in the political jargon of the Islamic Republic of Iran, is the most serious and the most organized group opposing the Islamic Republic of Iran. The main issue which has drawn attention from political, security, and media circles both in and out of Iran to this political and military organization is possible transfer of its members from Camp Ashraf in Iraq to a third country. After Western coalition entered into war against the former Iraqi dictator Saddam Hussein in 2003, Mujahedin-e Khalq Organization signed a contract with the American forces according to which the organization was supposed to gather all its arms in a single spot. Also, its members were supposed to be settled at Camp Ashraf which is the main headquarters of the organization.

Since Mujahedin-e Khalq Organization had remained impartial through 2003 war with the Western coalition, they were granted “protected persons” status after the war according to the Fourth Geneva Convention. This situation continued until 2008 and although operations and maneuvering room of the organization had been greatly restricted within Iraq, they were still positioned at their main headquarters, that is, Camp Ashraf, and continued their activities.

As the incumbent government of Iraq and the United States reached an agreement for the withdrawal of the American troops from Iraq in 2008, control of Camp Ashraf was transferred from the US Army to the Iraqi military. This was the beginning of a very serious confrontation between MKO and high-ranking political and security authorities of Iraq. That confrontation reached its climax on April 8, 2011, when Iraq’s security forces attacked Camp Ashraf, killing more than 34 MKO members and leaving more than 70 injured.

Following that conflict, the Iraqi government asked the Mujahedin-e Khalq Organization to leave Iraq by the end of 2011. After extensive mediation by the US government and some international organizations, the deadline was extended to 2012 in order to provide necessary grounds for the ouster of the MKO. After the beginning of 2012, evacuation of MKO members from Camp Ashraf was started in five stages. The first stage was implemented on February 18, 2012 and the fifth stage took place on May 4, 2012. During the five stages, more than 400 of the MKO members were temporarily transferred to Camp Liberty on the outskirts of Baghdad. The transfer led to widespread speculations about the final destination of the organization outside Iraq. In the meantime, Azerbaijan, Jordan, Pakistan, Qatar and Saudi Arabia were widely mentioned by various media as the next host of the MKO. Out of the five countries, Jordan was considered the most probable country to host the Mujahedin-e Khalq Organization as the organization had said in a statement that instead of Camp Liberty, it preferred to take its forces to Jordan. However, later announcement of Azerbaijan that it is ready to settle MKO members drew international attention to Baku.

This measure by Baku in parallel to other reports about presence of the elements of anti-Iranian terrorist PJAK group in Ganja city, bolstered speculations about possible relocation of a large part of MKO members to Azerbaijan. Out of five countries (Azerbaijan, Jordan, Pakistan, Qatar, and Saudi Arabia) which had been mentioned as possible destinations of the organization, Azerbaijan has unique characteristics which make it very important not only to the Mujahedin-e Khalq Organization, but also to countries that support it, especially Israel and the United States.

Azarbaijan has land borders with Iran. Therefore, if the MKO is positioned in a neighboring region with Iran, a new model of Camp Ashraf which was only 80 km from Iran’s border with Iraq may be repeated. Such close proximity to the Iranian border, which is of high importance to achieving political, military and security goals of the organization, cannot be realized in other countries such as Jordan, Qatar and Saudi Arabia. On the other hand, Azerbaijan has experienced the worst tensions and challenges with Iran in the past two years. Extensive intelligence and security cooperation with Israel and allowing Tel Aviv to establish radar and espionage systems on Azerbaijani soil made Shimon, an Israeli spy agent, to tell The Times of London that Azerbaijan “is ground zero for (Israel’s) intelligence work…. Our presence here is quiet, but substantial. We have increased our presence in the past year, and it gets us very close to Iran. This is a wonderfully porous country.” This has been a major source of tension in Tehran’s relations with Baku. The government of Azerbaijan, however, has so far taken no practical step to dispel the existing misunderstandings between Tehran and Baku. In line with the same policy, unconfirmed reports have been published about very effective role played by Israel in relocation of MKO members from Iraq to Azerbaijan. Based on those reports, the issue has been raised in recent negotiations between the Israeli Foreign Minister Avigdor Lieberman and Azeri officials in late April.

It is also possible that MKO members will be settled in one of the four abandoned airbases which Israel has bought from Azerbaijan under conditions which would resemble Camp Ashraf. By gathering MKO members in a single place again, they are trying to prevent total collapse of the main body of the organization and also provide an opportunity for intelligence and security control over Iran. Therefore, the existing conditions in Azerbaijan, including geographic propinquity to Iran, severe political and security tension and challenges with Iran (especially in the past two years), as well as extensive intelligence and military cooperation with Israel cannot be compared to conditions in other countries like Jordan, Pakistan, Saudi Arabia, and Qatar.

Disclosure of contradictory reports about possible relocation of MKO members to Azerbaijan has evoked vehement reactions from high-ranking political and security officials of Iran. In the most serious reaction, Ramin Mehmanparast, spokesman of Iran's Ministry of Foreign Affairs, said, “Our position on Monafeqin (Mujahedin-e Khalq Organization) is quite clear. This grouplet has very dark records in crime and in addition to assassinating about 16,000 Iranian officials and people, has committed many crimes in Iraq and hatred of Iraqi people toward them is quite evident. If there is a Zionist – American plan to settle them in regional countries, [they should know that] we are highly sensitive toward this issue and will show severe reaction. We hope that neighboring countries will note our sensitivity and do not do anything to damage their good relations with Iran by taking measures which will have very negative consequences for them.”

After a visit to Iran by Azerbaijan’s Defense Minister Colonel General Safar Abiyev in March 2012, and clear statements by Azeri officials about Azerbaijan being a small country which will not even think about enmity toward a big country like Iran, tensions between Tehran and Baku expected to abate. However, after the possibility of transferring MKO members from Iraq to Azerbaijan, and relocation of PJAK from Turkey to Azerbaijan increased, a new round of tension started between the two countries.

High-ranking political and security officials of Azerbaijan are well aware of Iran's high sensitivity to these two terrorist organizations, especially the Mujahedin-e Khalq Organization and they can easily predict the outlook and consequences of such a measure. Therefore, if the government of Azerbaijan really seeks to reduce tension and improve relations with Iran, it is necessary for them to adopt a transparent media policy by officially denying the existing conflicting reports instead of blaming them on political and media circles of Armenia. They should also take practical steps to reduce tension and improve relations between the two countries by reassuring Iran's political and security officials.

This is the only way to expand relations between two neighboring countries of Iran and Azerbaijan in all fields. However, taking such provocative measures as increasing intelligence and defense cooperation with Israel and declaring readiness to accept terrorist members of the Mujahedin-e Khalq Organization, will have no other effect, but to intensify misunderstandings and differences between the two countries and will not help to meet mutual interests of Iranian and Azeri nations.

Researcher of Eurasia Studies Group at the Center for Strategic Research, Tehran