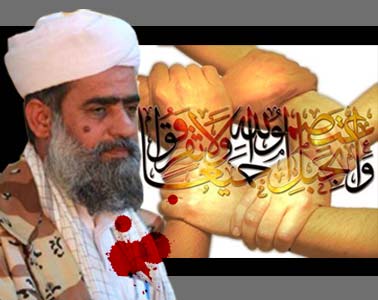 Two of the individuals recently arrested on suspicion of involvement in the assassination of Molavi Jangi Zehi have confessed that they received the sum from Saudi Wahhabis, the report said on Friday.

Jangi Zehi, the Friday prayers leader of Iran's southeastern town of Rask, was assassinated by terrorists after saying prayers in the evening, as he was on his way home in the Sistan and Baluchestan Province on January 20, 2012.

Over the past year, the late Iranian cleric publicly expressed his belief that revealing the crimes of the Riyadh and Manama regimes is a religious duty of the Sunni scholars in Iran.

Jangi Zehi had also repeatedly warned of the enemy plots aimed at downplaying the turnout in Iran's Ninth Majlis (parliament) elections in March and May, and underscored the importance of the participation of the Sunnis in the polls as a “religious obligation.”

Jangi Zehi was an advocate of unity among Shias and Sunnis, and believed that such unity in Sistan and Baluchestan could only be maintained through following the instructions of Leader of the Islamic Revolution Ayatollah Seyyed Ali Khamenei.

Observers say that, given Jangi Zehi’s endeavors to encourage the Sunni population in south Sistan and Baluchestan to participate in the polls, an objective of his assassination was to discourage the Sunni Muslims in the province from partaking in the voting.

On April 11, Iran’s Intelligence Ministry announced that it identified and apprehended 15 terrorists or terror cells behind the assassination of Jangi Zehi.

The intelligence obtained by the ministry indicates that the anti-Iran terrorist Mujahedin Khalq Organization (MKO) was involved in planning the attack while deviant elements affiliated with the Wahhabi groups carried out the assassination.

It added that certain regional countries, which are backed by the US, UK and Israel, funded the terrorist attack.