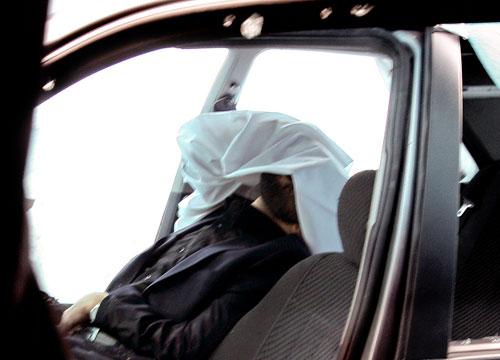 The Obama administration is moving to delist an Iranian dissident group from the State Department terrorism list, which, as recently as January, reportedly detonated a magnetic bomb under the car of an Iranian scientist. Perhaps unintentionally, the message the move would send appears to be: This activity is OK as long as it's against Iran.

Last night, The Wall Street Journal's Jay Solomon and Evan Perez reported that the exile group Mujahedin-e Khalq, or MeK is on its way to being removed from the official U.S terror list after an agressive two-year lobbying campaign in Washington by the group. Secretary of State Hillary Clinton has yet to give the final green light but officials say the plan will likely go through so long as MeK leaves a former paramilitary base in Iraq, called Camp Ashraf, from which the group has launched cross-border strikes into Iran. According to The Journal, "Mrs. Clinton purposefully tied the closing of Camp Ashraf to the designation issue to defuse a thorny diplomatic issue between Washington and Baghdad." The other sticking point, according to The Journal, was resolved: "The group has already renounced terrorism." Great! But have they really?

According to a lengthy investigation by NBC News' Richard Engel and Robert Windrem in February, they haven't. The report cites U.S. officials accusing MeK of assassinating Iran's nuclear scientists:

The attacks, which have killed five Iranian nuclear scientists since 2007 and may have destroyed a missile research and development site, have been carried out in dramatic fashion, with motorcycle-borne assailants often attaching small magnetic bombs to the exterior of the victims’ cars.

According to Engel and Windre, the MeK attacks were carried out with the training of Mossad, the Israeli secret service, "Two senior U.S. officials confirmed for NBC News the MEK’s role in the assassinations, with one senior official saying, 'All your inclinations are correct.'" The MeK has denied involvement in the attacks.

While some foreign policy hawks may rejoice at the idea of an Iranian dissident group setting back Iran's nuclear program, grisly assassinations are certainly a technique that should give one pause, especially if the U.S. is to have a consistent policy on terrorism. Strategically, even avowed defenders of Israel, such as The Atlantic's Jeffrey Goldberg, have criticized the tactic of thwarting Iran's nuclear program by murdering scientists.

"If I were a member of the Iranian regime (and I'm not), I would take this assassination program to mean that the West is entirely uninterested in any form of negotiation (not that I, the regime official, has ever been much interested in dialogue with the West) and that I should double-down and cross the nuclear threshold as fast as humanly possible," Goldberg wrote in January. "Once I do that, I'm North Korea, or Pakistan: An untouchable country."

While the Journal doesn't mention MeK's reported role in the attacks, it does forecast what Iran's response would be if MeK was delisted. "Western and Iranian diplomats are concerned that the MeK issue could draw serious recriminations from Tehran, which has been fixated on neutralizing the group," reads the report. "Many of Iran's top leaders, including Supreme Leader Ayatollah Ali Khamenei, were targets of MeK attacks during the 1980s." Clearly, like any country, Iran takes assassination attempts on its people seriously. As Reuters reports today, Iran hanged a man it said was working with Mossad in the killing of one of its nuclear scientists in 2010. But more to the point: Isn't the U.S. ceding some of its credibility with this flexible definition of terrorism?