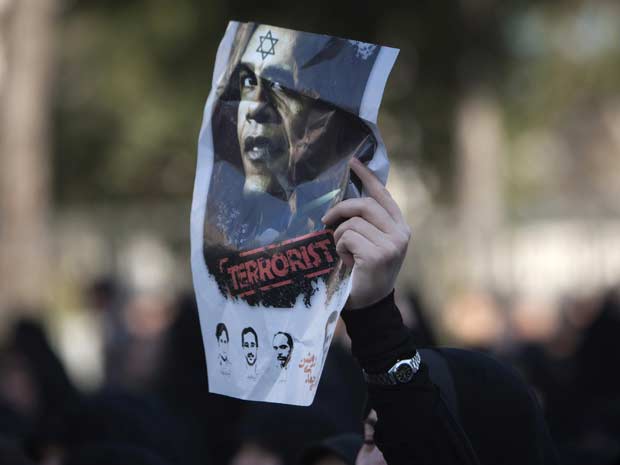 Just like his predecessor, President George W. Bush, Barack Obama and his Israeli allies are working together to train foreign terrorists—sometimes even in the United States—to assassinate Iran’s scientists and military leaders, while talking loudly about diplomacy and a desire to negotiate with Tehran.

The most startling revelations about the secret war against Iran, now almost a decade in the making, have centered on a Bush-Cheney policy set in motion in 2003. According to journalist Seymour Hersh, the policy authorized the use of a classified military site in the Nevada desert for the training of selected fighters from the Mujahideen e-Khalq (MEK).

Before and after the collapse of the Saddam Hussein regime, the MEK had thousands of anti-Iranian fighters in a camp north of Baghdad. MEK leaders promoted a leftist philosophy and called for the overthrow of the Iranian regime. Under Saddam’s protection, the group helped his forces murder thousands of Kurds in northern Iraq. It also maintained links to Europe, with offices in Paris, but more significantly it had ties to Israel’s Mossad and the CIA.

Bush and Cheney saw advantage in using MEK to attack targets in Iran. At the Nevada site, and also in an undisclosed Israeli facility, MEK fighters were trained in the arts of assassination, bombing and surveillance. And they were not the only terrorists given training. Members of Jundullah, a Sunni group based in Pakistan and linked to the Taliban, were flown to Nevada with Iranian Kurds specially selected by Mossad. In effect, Washington was running a terrorist camp on U.S. soil—just a few years after the Sept. 11, 2001 attacks on New York and Washington.

While it is impossible to know how long the training of terrorists continued in Nevada, or if it is still happening somewhere on U.S. soil, there is no doubt that Obama and Netanyahu have expanded their covert war against Iran. There are even reports U.S. special forces have been running missions in Iran until foreign terrorists are ready to take their place.

MEK fighters have also been trained at secret Middle East sites by special forces teams from Britain, the U.S. and Israel and have been supplied at U.S. taxpayer expense with state-of-the-art weaponry and surveillance gear. In particular, the terror cells planning the assassination of Iranian nuclear scientists were taught to use small explosive packages normally reserved for American and Israeli special forces.

Recently, the secret war took on a political dimension when leaked diplomatic cables revealed that Japanese diplomat, Yukiya Amano, who now heads the International Atomic Energy Agency (IAE ), had assured Washington before his appointment to the IAEA that he is “solidly behind” an anti-Iran policy. Senior nuclear experts believe he has not only backed poor Israeli intelligence on Iran but has adopted a pro-Washington stance.

But not all has gone well with Obama and Netanyahu’s terror plans. Iran’s intelligence apparatus recently rolled up a foreign terrorist network that was preparing to carry out bombings and assassinations. Initial evidence indicates the terrorists had been trained over the past decade by Israel and its anti-Iran allies.