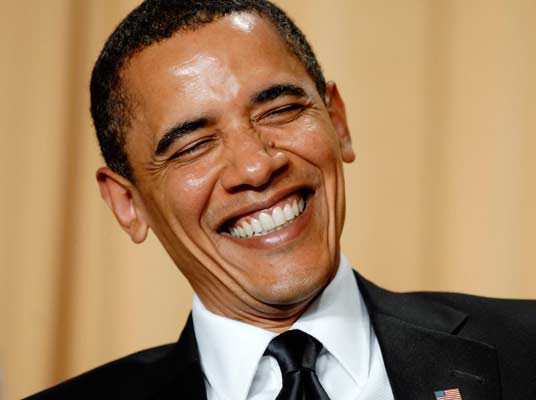 MKO’s leadership thought they had a much more powerful master than Saddam right after the U.S. invaded Iraq and Pentagon started to act more friendly with MKO terrorists and signed a treaty to protect them.

After a short while, the U.S. whose reputation was in danger for supporting terrorists, brought up disarmament of the MKO but instead, left the Camp Ashraf doors open for MKO’s old friends. They were granted protection under the fourth Geneva Convention and another camp was established near Ashraf for those members who wanted to leave the organization.

They suspended using MKO in military operations but continued financial and logistic support of MKO. Ultimately, after signing a security contract with Iraq, the U.S. surrendered responsibility of Camp Ashraf to Iraqi government…

Since then, the dream of friendship with the U.S. was over and the MKO tried out almost anything to keep Pentagon’s support and convince the Americans to continue protecting their camp, but it seemed like the U.S. had no more interest in hearing them.

MKO tried every possible approach to join the U.S. forces in Iraq and reminded U.S. officials of their contracts and treaties and although there was no formal reply, It was found later that Lawrence Butler, former U.S. ambassador to Macedonia and an advisor to Lloyd Austin, Vice Chief of Staff of the U.S. Army in Iraq, used to go to Camp Ashraf every week for three month, trying to convince the Ashraf residents to let Americans leave their camp. In order to make Ashraf residents understand the U.S. is not interested in providing them any special services anymore, Butler told them the only person left for them is him. He suggested them to accept the relocation proposal before the deadline the Iraqi government had set, in order to prevent any potential aggression because the U.S. can’t guarantee their safety. But the MKO insisted that the U.S. must take responsibility for their safety and ultimately Butler had told them it appeared they’d like to end up with going to Guantanamo!

This was the beginning of U.S. game to pull Rajavi’s gang out of Camp Ashraf. But what was the goal?

Continuously reminding the US-MKO agreements, MKO’s leadership has at the same time called the United Nations and the UN High Commissioner for refugees to step in and interrupt the evacuation of Camp Ashraf. But the result turned out to be in favor of Iraqi government and finally on February 16, UN Secretary General announced in a statement: “It is time for immediate relocation of Camp Ahraf residents.” He also pointed that the Ashraf residents must follow the Iraqi laws.

This was just a part of the U.S. game with Rajavi’s gang. In another sequence of this game plan, western Medias revealed MKO’s role in assassination of Iranian nuclear scientists and their collaboration with Mossad.

U.S. senior officials told NBC channel Iranian nuclear scientists assassinations were conducted by MKO and supported and planned by Israeli Intelligence Service. They included all the presumptions about MKO’s role in these assassinations are true.

They also said that the U.S. is aware of this information but it had no role in the assassinations. Although the U.S. was criticized for such news, but none of the U.S. officials denied it.

In an analysis of this game, some believe that the U.S. department of state has spread this propaganda to decrease the pressure from former U.S. officials lobbying to promote MKO, in order to prove the necessity of keeping MKO’s name on the FTO list.

The U.S. has lost the game if such a speculation is true. Because the MKO leaders and their supporters are shamelessly saying they should be praised for it if they have conducted the assassinations.

“Rudy Guliani”, former New York mayor and current MKO supporter, said in an interview with Fox News: “If the MKO is responsible for assassinating Iranian nuclear scientists, it should be Time magazine’s select of the year!”

Maryam Rajavi also said in a conference in Paris: “If you are saying Iran is terrorist, then you are going to need a group like MKO to oppose Iran.”

But apparently, the aim of revealing MKO’s relations with Mossad has been to favor MKO. It is believed that the U.S. is after uniting MKO and Israel in order to strength the anti-Iranian hardliners. The UN high Commissioner for refugees has been negotiating with several countries but no states have agreed to give asylum to MKO members. So Israel is probably going to be an apparently desperate choice for the MKO while other countries refuse to take them in. In this manner, MKO relocation to Israel appears more natural and it will be less culpable.

This scenario has occurred in 1986 in France by moving Massoud Rajavi from Paris to Baghdad. If it happens again, the history will be repeated.

But there is another guess for U.S. aim in this game and it is to reanimate MKO politically. After several years of useless military operations conducted by MKO which have led to isolation of this terrorist organization, the U.S. is now trying to put an end to MKO’s military activities in order to strength the MKO politically among other opposition groups. The U.S. aims to use MKO’s experiences and capacities to make a coalition between all anti-Iranian groups and finally unite them with the opposition inside Iran.

This game is approaching its end with beginning of relocation to Camp Liberty and the real intentions of its players will soon be disclosed.