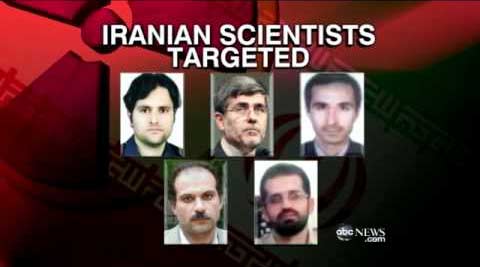 This just about knocked my socks off! Sy Hersh, reporting in the New Yorker, one ups Mark Perry and just about everybody else with a story that the Bush administration provided MEK operatives terror training at secret facilities in Nevada starting in 2005:

“We did train them here, and washed them through the Energy Department because the D.O.E. owns all this land in southern Nevada,” a former senior American intelligence official told me. “We were deploying them over long distances in the desert and mountains, and building their capacity in communications

They got “the standard training,” he said, “in commo [communications], crypto [cryptography], small-unit tactics, and weaponry—that went on for six months…”

The communications training in Nevada involved more than teaching how to keep in contact during attacks—it also involved communication intercepts. The United States…at one point found a way to penetrate some major Iranian communications systems. At the time…the U.S. provided M.E.K. operatives with the ability to intercept telephone calls and text messages inside Iran—which M.E.K. operatives translated and shared with American signals intelligence experts.

The MEK had been designated a foreign terrorist organization by the State Department in 1997. But just when you’re exhaling and saying: phew, at least it was only in the Bush era, Hersh informs you that though the training ended before Obama took office, the MEK terror activities using U.S. supplied arms and logistical support continue inside Iran to this day:

Some American-supported covert operations continue in Iran today, according to past and present intelligence officials and military consultants.

This means of course that certainly George Bush, and implicitly Barack Obama couldn’t give a crap about the terror designation, which makes it an empty exercise and a laughingstock. So the U.S. kills Osama bin Laden in cold blood as an Islamist terrorist while we maintain our own set of Muslim terrorists inside Iran doing our bidding there. If this isn’t the rankest hypocrisy, I don’t know what is.

The next time you hear Tom Ridge, Howard Dean, Rudy Giuliani or Alan Dershowitz spout the lies of Maryam Rajavi that the MEK long ago renounced terrorism remember Sy Hersh’s story. This also reinforces the total sleaziness of these leading American political figures taking wads of cash from Iranian dissident terrorists blowing up Iranians on Iranian soil. I can understand that this would actually please Dershowitz, but the others? Perhaps they have a tad more moral conscience and common sense?

Iran leading U.S. lawyer argues bizarrely that while the MEK has reounced terror, if the U.S. HAD trained the group that this gave it an official heksher, meaning that it should no longer be on the terror list since it was doing the bidding of the American government. This argument turns the MEK into the equivalent of our Hmong tribesmen during the Vietnam war or the Bay of Pigs anti-Castro forces waging war to topple Fidel. In other words, they may be terrorists but they’re OUR terrorists.

This rounds out reports offered by a confidential Israeli source to me that the Mossad has been running MEK agents inside Iran as well who bombed a missile base and assassinated five nuclear scientists. Hersh now adds to this that the U.S. is providing critical intelligence information that aids in these attacks.

Though Hersh doesn’t say so explicitly, he exposes Leon Panetta as a bald-face liar in this passage:

In mid-January, a few days after an assassination by car bomb of an Iranian nuclear scientist in Tehran, Secretary of Defense Leon Panetta, at a town-hall meeting of soldiers at Fort Bliss, Texas, acknowledged that the U.S. government has “some ideas as to who might be involved, but we don’t know exactly who was involved.” He added, “But I can tell you one thing: the United States was not involved in that kind of effort. That’s not what the United States does.”

Let’s be very explicit: the U.S. is waging a war of terror against Iran. It is a war little different from the war Osama bin Laden and Al Qaeda waged against us. The only difference is that we’re pissed about their alleged nuclear program and Al Qaeda was pissed at our alleged offenses against Islam. In perpetrating these acts of terror against Iran we are a terrorist nation. Plain and simple. Whether or not you believe that an Iranian bomb is a danger to humanity, there is no justification to engage in terror.

The next time Obama trumpets a captured Iranian terrorist attempting to attack a U.S. target the world should laugh in his face. He’s little more than a friggin’ hypocrite.