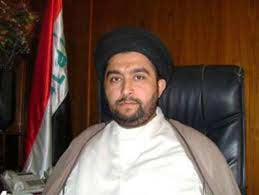 “Mujahedin-e Khalq’s expulsion from Camp Liberty is divided into five stages”, the Vice President of the Diyala provincial council Sadeq Al-Husseini told Habilian. “And even the name of the elements that must leave the camp in each stage is determined.”

“MKO put all its efforts into obstructing their relocation and the residents of Ashraf are telling lies,” Husseini added.

He pointed out that Diyala's provincial police chief has positioned himself at al-Azim district in Khalis for five consecutive days in order for the group to be relocated to the new camp, but they are looking for extending the deadline by presenting false claims such as lack of preparation or poor health.

He further noted that MKO’s stalling as well as their request to extend the deadline may last a few days but have no results.

In response to Habilian reporter’s question about Iraqi government’s plans to prosecute the leaders against whom arrest warrants have been issued, Sadegh al-Husseini said, “it is solely related to the Iraqi judicial system and we respect it.”

Following the MOU signed between Iraq and the United Nations, in mid-February some 397 MKO members while being barred to carry their stuff were relocated to Camp liberty.

Last week, Secretary of State Hillary Rodham Clinton urged the group to complete the move, but they are complaining about the conditions at Liberty which the UN confirmed that it meets the international standards. MKO leaders accuse the United Nations Assistance Mission for Iraq of lying and misrepresenting the conditions at Camp Liberty.