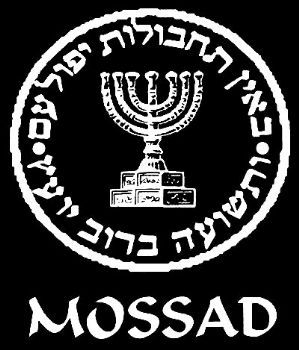 "It would be far more preferable if the USA could cite an Iranian provocation as justification for the airstrikes before launching them. Clearly the outrageous, the more deadly & the more unprovoked the Iranian action, the better off the USA will be. Of course, it would be very difficult for the US to goad Iran into such a provocation, without the rest of the world recognizing the game, which would then undermine it. One method that would have some possibility of success would be to ratchet up covert regime change efforts in the hope that Tehran would retaliate overtly, or even-semi-overtly, which would then be portrayed as an act of unprovoked Iranian aggression." (US Foreign Policy makers, Brookings Institution's 2009 report, pages84-85)

The terror attacks in New Delhi & in Tbilisi (Georgia), Baku (Azerbaijan) & Bangkok (Thailand) are another round of false-flag terror (http://mailstar.net/ostrovsky.html) being waged by the Israeli Mossad to achieve its strategic objectives by targeting Iran & the Hezbollah, which is a resistance movement. The timing of the false-flag terror attack is very interesting. It comes at the precise moment when India has refused to enforce the US-Israeli-EU sanctions against Iran & when Indo-Iran ties are witnessing a new strategic rethink in Delhi, where Pranab Mukherjee in a visit to the US, refused to abide by the sanctions. Also both India & Iran have agreed on a Rupee Trade & barter system, thus avoiding the use of the USD regime.

Also the Tbilisi, Georgia bombings though not of a serious nature, are making international headlines, with Iran & Hezbollah being mentioned by PM Netanyahu. Georgia & Azerbaijan are both US-Israeli satellite states, with a strong presence of CIA-Mossad operatives & security advisers present in both the nations.

The riddle of Bangkok, where Iranians have been injured in the blasts, needs to be understood & it is a very simple matter to comprehend. The Mujahedeen Khalq (MKO/MEK), is a terrorist organization comprising of disgruntled Iranians who are now working for the CIA & the Mossad. The MKO-MEK, is openly supported by the US-Israel as their strategic allies & they are the ones who are responsible for the assassinations of the Iranian nuclear scientists & terror attacks within Iran.

Time & again the Chabad Lubavitch members & houses are involved with acts of terror & drug smuggling operations. Chabad Houses, under the guise of religious centres are also dens of espionage & used by Mossad operatives the world over. Thus the Chabad Lubavitch centres across the country need to be probed by the government agencies, as they certainly pose a grave security threat.

There has been increased activity of Israeli "tourists", where a number of them have been caught red-handed with revolvers, live ammunition & satellite phones in the last 5 years. Due to the direct intervention of the Israeli embassy, they are let of by the police within 24 hours, despite the fact that they are foreigners & supposedly "tourists". Recently an Israeli couple Shenor Zalman & Yaffa Shenoi were ordered to be deported from Kochi (Kerala), after being under surveillance by the RAW & the Police authorities & were suspected of being involved in drug smuggling & espionage as Kochi is a sensitive Indian Naval base. They are still to be deported pending a court order. This false-flag attack has once again opened the doors for more Mossad agents to come into India, under the pretext of security considerations & joint investigations.

In the Indian context, the Hindutva-RSS are once again under pressure as the NIA-ATS have arrested another of their activists, Kamal Chauhan from Indore in connection with the Samjhauta train terror attack, previously blamed on Pakistan. These arrests also come at a time when the crucial UP & 4 other state elections are on & in any case the BJP is under pressure due to many other issues of corruption & morality where it stands utterly exposed. Thus this terror attack, surely helps to change the national headlines & priorities.

The terror attack has again been carried out in a high-security area, barely a few hundred meters away for the residence of the PM himself & thus this is not possible without the collusion & support of certain sections of the IB-RAW that are aligned to the Mossad & CIA. Also has the visit of SM Krishna (being probed for a multi-crore iron ore scam) to Israel got some relation with this false-flag attack? Clearly there is a struggle within the Indian government & bureaucracy in terms of our alignment with the Imperial-Zionist powers & the other that represents the Non-Aligned Movement & Third World Solidarity

But the more crucial point is that, Israel-Mossad will use the strategy of false-flag terror to further demonize-isolate & escalate the warmongering against Iran & the Hezbollah & finally against the Fatah, Hamas, PLO & the rest of the Palestinian national resistance as they continue to unite & forge a common front & strategy against the Israeli occupation, based on collective popular mass resistance.

Israel & its Zionist allies are fabricating false-flag terror attacks, finally leading to another massive 9/11 style false flag on US & possibly European soil, after which we will witness an Israeli attack on Iran, with the backing of the Western powers, who will immediately step in.

Thus it is necessary to expose the Israeli-Mossad-CIA role in the 9/11 terror attacks, as that started a new wave of Zionist-imperial intervention, wars & an ongoing genocidal holocaust of the Third World nations.

A war is on the horizon . . .we are heading towards WWIII & now India is being prepared to fight that war on the side of the Imperial-Zionist powers.