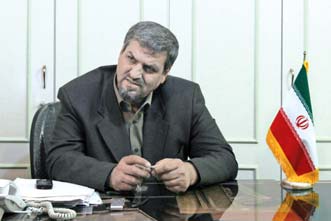 “We expect the Iraqi government to finish off its positive measures by delivering the [MKO terrorist] group criminals to Iran without fear of global hegemonic powers,” Mostafa Kavakebian, member of the Majlis National Security and Foreign Policy Committee, said Sunday.

The Iranian lawmaker added that the terrorists, “wherever in the world they may be,” will not be able to engage in any anti-Iran measures, adding, “[The MKO terrorists] have risen against the Iranian nation, and justice will be served to them.”

On Saturday, around four hundred MKO members were relocated to a new site called Liberty Camp near Baghdad airport.

The move is said to be part of an agreement reached between the United Nations and Iraq in December, which is expected to facilitate the complete exit of the MKO from Iraq.

Under the deal, the UN and the Iraqi government have agreed to relocate 3,400 MKO members living in Camp Ashraf until their refugee status is determined.

Baghdad had previously promised to close Camp Ashraf in Diyala Province by the end of 2011, but the government later agreed to extend the deadline to April.

The terrorist group fled to Iraq in 1986 where it enjoyed the support of Iraq's executed dictator Saddam Hussein and set up Camp Ashraf near the Iranian border.

The group is known to have cooperated with Saddam in suppressing the 1991 uprisings in southern Iraq and the massacre of Iraqi Kurds.

The MKO is blacklisted as a terrorist organization by much of the international community and is responsible for numerous acts of terror and violence against Iranian civilians and officials as well as anti- Iraqi civilians.