According to Habilian Association database, following the assassination of Iran’s nuclear scientist on Wednesday, Israel Ministry of Foreign Affairs on its website posted a news quoting Major General Benny Gantz IDF Chief of the General Staff as saying that "assassination of Iran’s nuclear scientists helps prevent Iran from becoming a regional power." "International community’s message falls on deaf ears in Iran, and we have no other choice but to mount pressures (on Iran) through sanctions and assassination," he added. 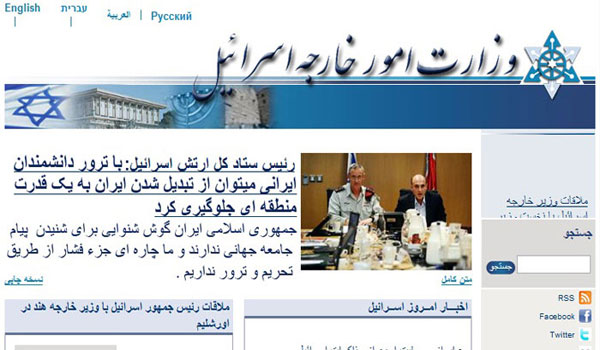 Just a few minutes later, the news was dramatically changed. This time Benny Gantz was quoted as saying that “Iran has become resistant to the pressures.”

The former revealed Israel’s involvement in the assassination, in addition it was a brazen claim of responsibility of the latest attack against Iran’s scientists.