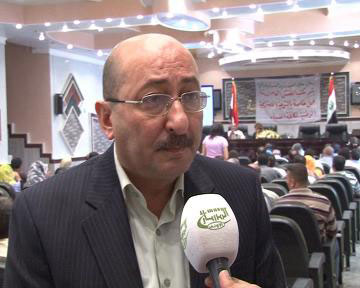 "The US is using the terrorist MKO as a pressure lever against the Islamic Republic of Iran," Adnan Seraj told FNA on Monday, adding that the US uses terrorist organizations to attain its goals and policies.

He lambasted Washington's support for terrorist groups, and expressed surprise that while certain western countries, including the US, have enlisted MKO as a terrorist organization, the White House is still a staunch supporter of the terrorist group and helps it with whatever measures it can adopt.

Earlier reports said that American statesmen heightened their efforts to delist the MKO from the US list of terrorist groups after the US failed to rally support for an attack on the Islamic Republic of Iran.

According to reports a group of the US congressmen have asked the administration to take the MKO off Washington's list of terrorist groups and increase efforts to keep its terrorist elements in Iraq.

The US congressmen further reminded the close and friendly relations between the Iranian and Iraqi governments, and stressed that the US should protect the group and prevent expulsion of its members from Camp Ashraf in Northern Iraq.

Ambassador Daniel Fried on Thursday briefed reporters in Washington on the situation at Camp Ashraf and future plans for dealing with MKO members including their transfer to former Camp Liberty which is located northeast of Baghdad International Airport.

According to Habilian Association database, the special adviser for Camp Ashraf in Iraq emphasized that the US has “turned over Camp Liberty to the Iraqi military” and now Iraqi forces exert direct control over the camp.