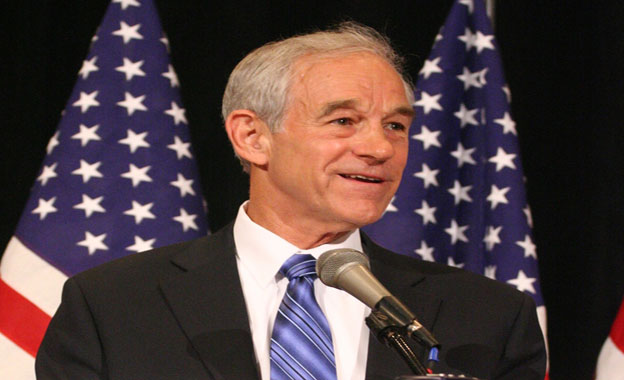 Texas congressman and presidential candidate Ron Paul told Iowa voters on Friday that he would not launch a preemptive strike on Iran because “they don’t threaten our national security.”

“If some other country thought they had to go to war with them, that is their business,” he said, adding there is no proof Iran is building a nuclear weapon, Habilian Association database quoted abc News as reporting.

On Friday, Paul was responding to a question from an Iowa voter who asked the Texas Congressman whether he could conceive of a situation where he would preemptively declare war on a country.

Paul admitted that the president does need the consent of Congress to declare war, but did say, “If battleships are off our shore, an imminent attack, the president has an obligation to respond.”

Defending himself against charges of isolationism, Republican presidential candidate Ron Paul told voters in Iowa on Thursday that western sanctions against Iran are "acts of war" that are likely to lead to an actual war in the Middle East, as reported by L.A. Times

Paul said that Iran would be justified in responding to sanctions by blocking the Straits of Hormuz, adding that the country blocking the strategically important strait is “so logical” since they have no other recourse.

Paul faced a wave of criticism by his GOP rivals seeing “national defense” as his weakness. He admitted on Friday that the criticism “baffles me a whole lot,” adding what is dangerous is endless wars and expanding government.

"Though it is hard for many to believe, honest studies show that the real motivation behind the September 11 attacks and the vast majority of other instances of suicide terrorism is not that our enemies are bothered by our way of life. Neither is it our religion, or our wealth," he said in a statement posted on his congressional website.

"Rather, it is primarily occupation. If you were to imagine for a moment how you would feel if another country forcibly occupied the United States, had military bases and armed soldiers present in our hometowns, you might begin to understand why foreign occupation upsets people so much."

We’re under great threat because we occupy so many countries… We have to be honest with ourselves. What would we do if another country, say China, did to us what we do to all those countries over there?

Suicide terrorism did not exist in Iraq before we got there. Now it does. There are no known instances of Iranians committing suicide terrorism. If we invade and occupy Iran, expect that to change, too.