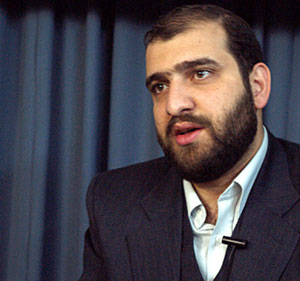 According to Habilian Association database (families of terror victims in Iran) Hakim said in an interview with ICANA, "The security of two neighboring countries of Iran and Iraq is completely intertwined and the Iraqi people and government can no longer tolerate the presence of the terrorist group on its soil."

He further noted that the withdrawal of the US forces from Iraq on late December will have no impact on the security situation on the ground.

"The Iraqi government is capable of establishing security and stability in the country and there is no need to foreign interferences," he added.

He described the friendly relations between Iraq and neighboring countries including Iran as constructive because it can strengthen the country's ability to foster and create sustainable development.

Iraqi government considers MKO terrorist group as a threat for its national securtiy, thus it is determined to close down the Camp Ashraf, MKO terrorists’ headquarters in Iraq.

Last Wednesday Iraq extended a year-end deadline to shut down Camp Ashraf, Maliki told reporters in this regard, "The secretary general of the United Nations presented a suggestion for the Iraqi government, asking to postpone (the closure)...and we agreed," adding that the six-month extension started in November.