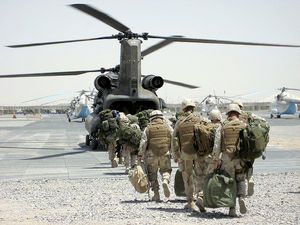 According to Habilian Association database (families of terror victims of Iran), Iran's Ambassador to Iraq Hassan Danaifar made the remarks on MKO in an interview with Mehr News Agency.

Following are excerpts of the interview as translated and condensed by Habilian Association database:

MNA: Iraq has announced that Mujahedin-e Khalq has to leave Iraq by year-end. Undoubtedly, winding down U.S. forces in Iraq, caused MKO members to lose one of their main supporters in Iraq. How do you assess MKO’s condition after the withdrawal of US troops from Iraq?

Hassan Danaifar: It is obvious to all that this group has been operating as the proxies and mercenary forces for the enemies of Iran, for more than two decades. Most of the escapees of the Camp Ashraf who have returned to Iran, expressed that what MKO do are acts of treason, and even if we are opposed to our government, we will never cooperate with them, since committing espionage on one’s own country is considered wrong and unacceptable anywhere.

This cell has done many operations against Iran both under Saddam’s regime and at the time of US presence in Iraq. It sounded strange to us: although Americans put the MKO on the list of terrorist groups, they are cooperating with them. As you know they have made strong and concerted efforts to get off US terrorist list, but all in vain.

Throughout their presence in Iraq, US supported the MKO, but, now that they are leaving Iraq, MKO feels frustrated. They failed to persuade US to remain in Iraq. Iraqi government has officially announced and all its officials insist that this military base must be dismantled by the end of 2011, then whoever in European countries, who believe in this group, accept them in their own countries. Though, no country is willing to offer asylum to them.

It’s also interesting that American officials have negotiated with European countries regarding hosting MKO members, and the official in charge of MKO issue in the US Department of State have traveled three times to several European countries, in order to persuade them to host MKO members inside their countries, but they failed. The United Nations in recent days has been trying to take out the MKO members out of Iraq in a peaceful and orderly way. Those who want to return to their country will be repatriated, and those who have EU passports can go to European countries.