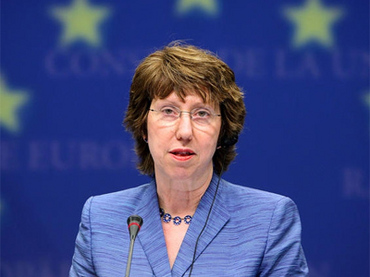 European Union has after the UN High Commissioner for Refugees laid seal of approval on Iraqi legal government's decision to expel and transfer the remaining MKO grouplet from Iraq.

The EU approval comes despite the MKO lobbies' pressures, as well as hues and cries to delay evacuation of Ashraf camp.

IRNA quoted Habilian Association database (families of terror victims in Iran) as reporting that last week and following session of the EU Foreign Ministers in Brussels, Geneva, last week, once again the MKO efforts to influence the Union’s vote failed and the EU members turned down the grouplet’s request to get the UN involved in Ashraf camp affairs and put Iraqi legal government aside the process to close down the camp.

Based on reports available, European Union foreign affairs chief Catherine Ashton has called on the EU states to admit some members of the grouplet to their terriroty once they are expelled from Iraq.

Despite the EU's candid emphasis on welcoming Iraqi government's decision to expel the MKO, Struan Stevenson, the Zionists’ envoy to the European Parliament, known as father in law of the MKO, has criticized the EU stance, calling for their remaining in Iraq.