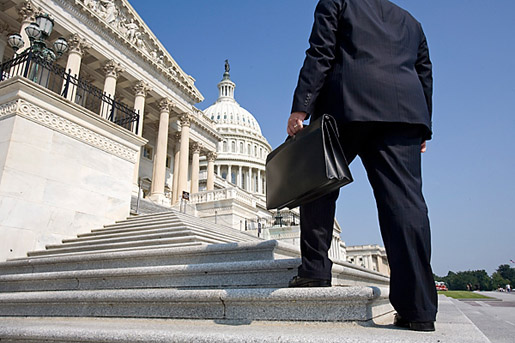 But the MEK’s history has raised doubts among Iran specialists and in US government reporting about its ability to turn away from violence after embracing it for decades.

The MEK was just one popular faction that toppled the pro-West Shah in Iran's 1979 revolution – but the only one that assassinated Americans. One MEK song from the time revels in anti-US sentiment: “Leave American, your blood is [already spilling] on the ground.”

The MEK lost out in the post-revolution power struggle; thousands of its members were killed. MEK actions peaked at a rate of three assassinations and attacks per day – its propaganda included how-to assassination guides. The MEK has claimed responsibility for killing thousands of Iranians it called “agents of the regime.”

Among numerous actions abroad, in 1982 the MEK seized the Iranian Interest Section in Washington, taking nine people hostage and doing $500,000 in damage.

On a single day in 1992, the MEK orchestrated attacks on 12 diplomatic facilities in 10 countries. In New York, the Iranian Mission to the UN was “invaded” by five men with knives, who took three hostages and went on a two-hour rampage “behind chained doors,” according to news reports. In Ottawa, the Iranian Embassy was “attacked and pillaged” by some 55 people armed with sticks and hammers.

Expelled from Iran in 1981, and then evicted from France, the MEK in 1986 set up in Iraq where they "became a wholly owned subsidiary of Saddam Hussein's regime," according to Ken Pollack, a former CIA analyst and National Security Council director for Gulf affairs, in his book "The Persian Puzzle."

Saddam "armed them, paid them, and sent them on missions into Iran during the later stages of the Iran-Iraq War," notes Mr. Pollack, adding that they became "such creatures of the Iraqi regime" that they helped crush Shiite and Kurdish revolts in 1991 that the White House had encouraged – actions that today are one reason for enduring anti-MEK hostility from Iraq’s Shiite-led government.

The MEK denies fighting in Saddam's wars and often claims it was "independent" of the Iraqi dictator's regime, but Pollack's description is confirmed by numerous independent sources.

A US State Dept. report in 1994 dismissed MEK efforts to reinvent itself. Noting the MEK’s “dedication to armed struggle"; the “fact that they deny or distort sections of their history, such as the use of violence”; the “dictatorial methods” of their leadership; and the “cult-like behavior of its members,” the State Dept. concluded that the MEK’s “29-year record of behavior does not substantiate its capability or intention to be democratic.”

That report describes tactics that foreshadow the MEK’s lobbying campaign today, 16 years later. It notes a “formidable Mojahidin outreach program,” which “solicits the support of prominent public figures,” and the “common practice … to collect statements issued by prominent individuals.”

The more recent 2009 RAND study came to similar conclusions. It speaks of the MEK's "long history of deception," and how it has become "increasingly adept at crafting ... its image as a democratic organization that seeks to bring down Iranian tyrants."

When the US invaded Iraq in 2003, it also took ownership of the sprawling MEK base at Camp Ashraf, north of Baghdad near the Iranian border. US forces did not disband the camp; hawkish talk in Washington was that the thousands of MEK militants might be recycled for future use against Iran.